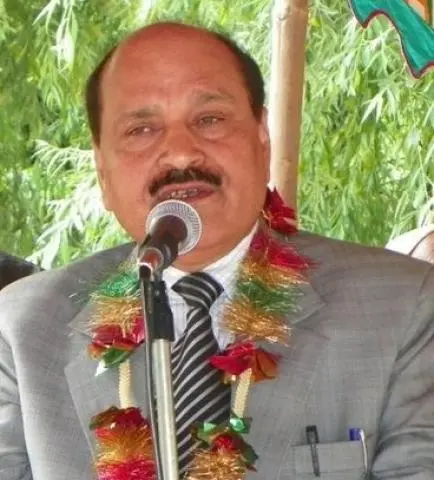 Srinagar, Nov 30 (KINS): Sr. Vice President and former Minister Abdul Gani Vakil today reminded the Government of India to stay to its promise of restoring statehood to J&K without any further delay and said that it was surprising that the GoI was not fulfilling its promise made in the parliament till now. GoI needs to understand It is distancing people from the mainstream and discredits the leadership of GOI as the leadership has promised statehood to J&K not only in the parliament but also on different occasions even the promise was made by PM during his broadcast to the nation addressed especially to the people of J&K but dilly delaying tactics are only helping in increasing the alienation among the people.

Vakil was addressing a meeting of party workers in Srinagar today while addressing the meeting Vakil said that Article 370 was the bridge between J&K and centre. It was the reason for the emotional attachment between the two. People’s Conference will struggle for the restoration of Art 370 through peaceful, constitutional means and dialogue, Vakil said forced policies, amendments, and pressures are unacceptable and are not in the interest of the nation.

Apni Party will foil conspiracies against restoration of Statehood to J&K: Altaf Bukhari

No power on earth can abrogate Art 370, says Congress over Amit Shah’s remarks