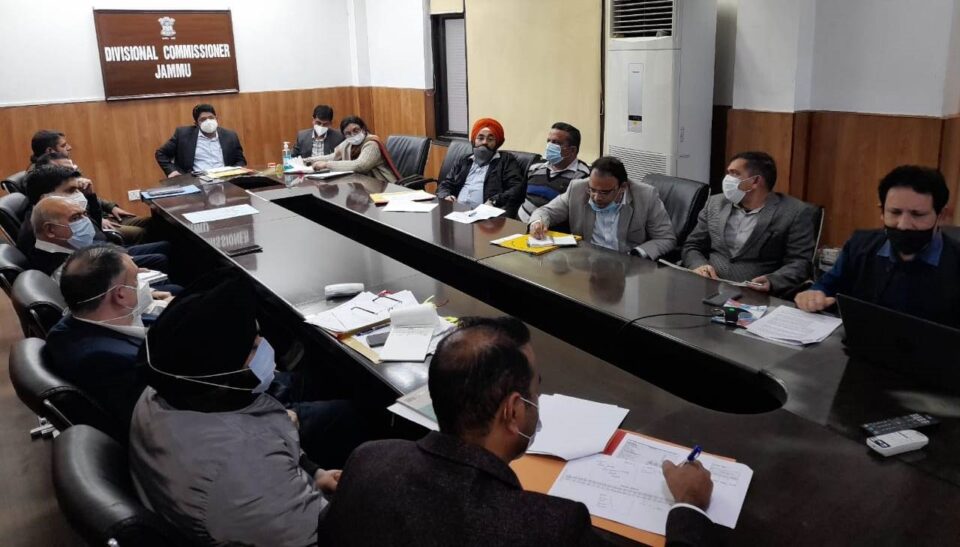 RTPCR testing to be ramped up a t all entry points; testing of foreign travellers made compulsory

Pertinently, the MoHFW has issued guidelines for detecting cases of COVID variant Omicron from countries declared at-risk. However, as per the decision taken in the meeting; as an extra caution all the incoming foreign travellers are to be tested by RTPCR on their arrival. The negative travellers will be sent for home quarantine of 7 days and re-tested on the 8th day, while the COVID positive patients will be sent to institutional isolation centres (designated health facilities) for 15 days and their samples will also be sent for genome sequencing at ICMR designated testing laboratories.

The Div Com directed the concerned officers to assess data from Air Suvidha Portal for early detection of incoming travellers from countries listed as at-risk. State Surveillance Officer was told to share the lists with CMO’s and field surveillance units on real time basis. The CMOs were asked to paste stickers of ‘home quarantine’ on the gate of foreign travellers during the observation period of 8 days.

The Div Com directed for ensuring compulsory RTPCR testing of all the foreign travellers at air/road/rail entry points, and to hold them up till the negative report is not reached. He also stressed on the need to ramp up random RAT testing of domestic travellers at Airport, Lakhanpur and Katra as a preventive measure.

Deputy Commissioner Kathua was told to activate a separate testing counter for persons having history of foreign travel besides putting in place all requisite arrangements for quarantine facilities at Lakhanpur.

It was informed in the meeting that DRDO Hospital Jammu would be the designated facility for containment of positive cases having foreign travel history.

Dr Langer stressed on strengthening of surveillance and directed the Deputy Commissioners to ensure that proper mechanism is being followed at Airport, Lakhanpur, Katra & Jammu Railway stations and south portal of JT/Navyuga tunnel at Ramban.

Lt Governor interacts with Industry leaders at Kolkata, invites them to invest in J&K UT

Governor enquires about well being of injured Police personnel