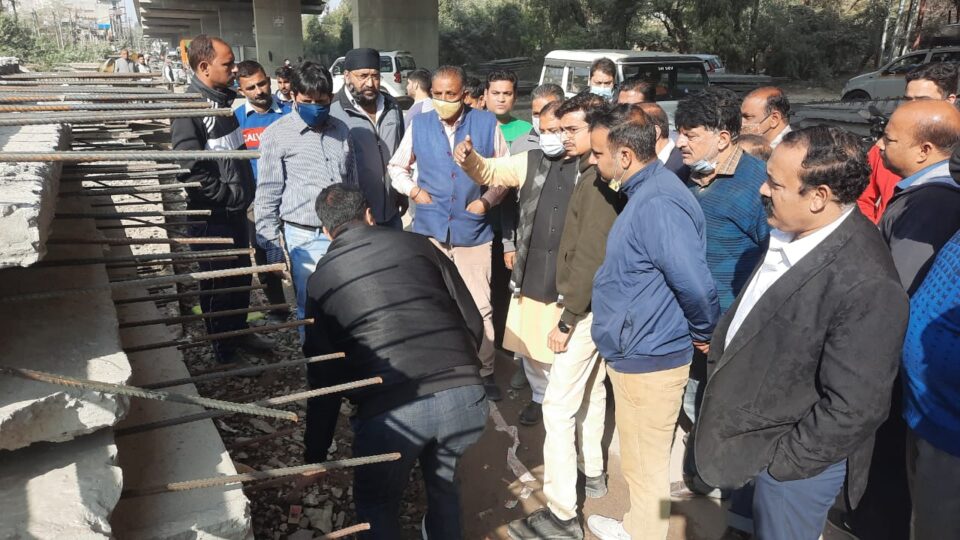 While raising their demands with NHAI, Sat Sharma said that the shopkeepers and business establishments are facing problems which need immediate redressal. He said in some spots, the height of the Deep Drain on the road below Flyover is enhanced which has lowered the road and the establishments are placed on a height which will create problems for the commuters as well as for the shopkeepers and business establishments. He also said that at some spots there is no turn towards the lanes due to the low height of the road which will also create problems for locals. He stated that the whole matter has been conveyed to the officials of NHAI and the representatives of the concerned Contractor Company who were present on the spot and they have assured that everything possible will be done to overcome the problems. Sharma also stated that if necessary he will also speak to the Union Minister for Road Transport and Highways of India Nitin Gadkari to solve this problem. Sharma praised the work done by the Union Minister in the country and said that under his leadership, the overall condition of roads and Highways have improved a lot.