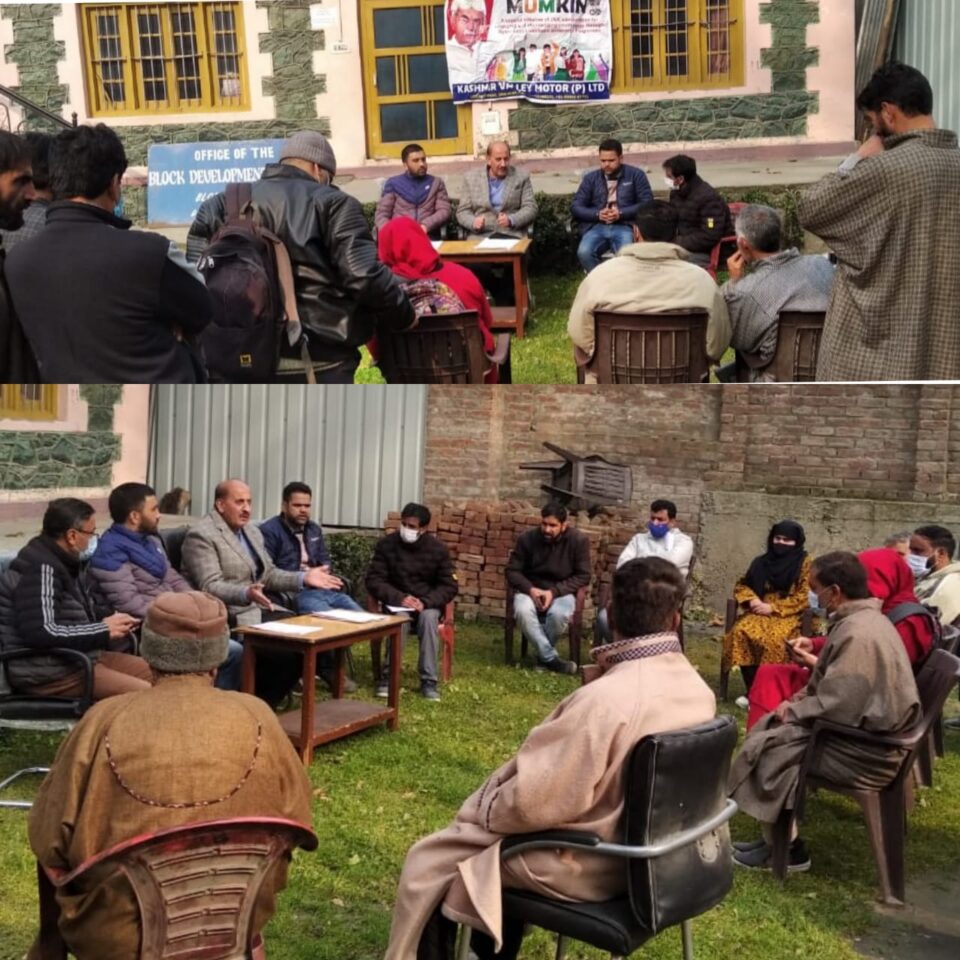 During the programme, a number of local unemployed youth were registered under different self-employment schemes under the Be-rozgar Se Swa-Rozgar campaign.

On the occasion, the newly appointed meritorious Class 4th employees of Harwan Block were also felicitated under Yogyata se Rozgar Mahotsav to honour the merit in the District.

While all 25 selected candidates who were recently recruited under Yogyata se Rozgar from 5 Panchayat Halqas of Theed A, Theed B, Dara A, Dara B and Gandtal were counseled and referred to the concerned Departments.

Addressing the gathering present in the programme, the Deputy Director Employment, Srinagar, Mohammad Rouf Rahman, who is also the Nodal Officer of the campaign emphasized upon the PRI Representatives and youth to ensure that the information about the initiatives taken by the Government like Tejaswini, Mumkin, PMEGP, JKREGP, IDDS & IPDP, KCC, MIDH,ISDS, National Livestock Mission, RKVY etc. reaches to all unemployed youth of the district so that they take benefits from such schemes for sustainable and dignified employment.

While felicitating the recently recruited Class-IV candidate from Block Harwan, Deputy Director Employment appreciated the hardwork and talent of the candidates and exhorted upon them to share their success stories with other friends, relatives and youth so that they are motivated to work hard and excel in their future endeavours.

No untoward incident reported from areas where relaxation was given: Government