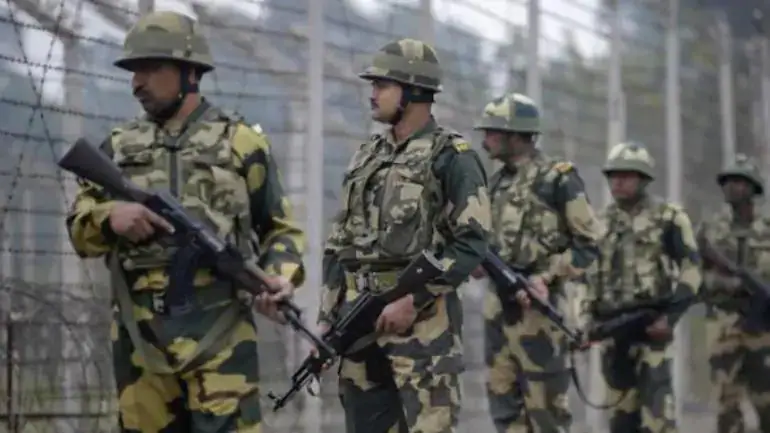 “Alert BSF troops have neutralised five intruders and also apprehended three Pakistani intruders, while they were trying to infiltrate from International Border till now since January 2021,” IG Boora told mediapersons here in an interaction on the eve of Raising Day of the BSF.

“BSF is manning about 192 km of IB and Line of Control alongside the Indian Army,” he said, adding that 2021 witnessed manifold challenges from the counterparts like drone activities.

“Tunnelling and smuggling attempts but true to its tradition, the BSF Jammu thwarted all attempts of adversary and foiled their nefarious designs,” said the IG.

He said as a result of robust domination and surveillance on international border, there has been continued peace on the Jammu IB, adding, “Jammu has continuously carried out anti-tunnel drives along the IB and due to its efforts, it was able to detect two tunnels on international border in the month of January, 2021 and made a huge dent to the infiltration attempts by the anti-national elements from Pakistan.”

Boora said the detection of these tunnels also exposed the nefarious designs of Pakistan-based terrorists and smugglers.

“The ever-vigilant troops of BSF were also able to neutralise one Pakistani smuggler, who was trying to smuggle a consignment of narcotics from Kathua border on June 23 this year, wherein BSF seized about 27 kg of narcotics in this successful operation on the international border,” said the IG BSF.

He further said that BSF also made the border population aware of the drone operations carried out by Pakistan -based anti-national elements and many drone awareness programmes were organised with border population.( KINS)

Apni Party will foil conspiracies against restoration of Statehood to J&K: Altaf Bukhari

High alert sounded in Jammu after grenade attack in Pathankot

I want to serve my people, become their voice: Munish

Advisor Skandan to meet public at Jammu on March 8