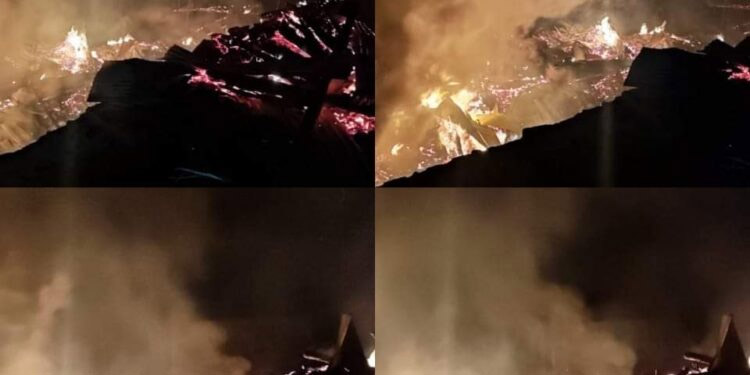 Srinagar, Dec 1 ( KINS): At least 10 houses were damaged in a fire in Gurez area of Bandipora district near the Line of Control in Jammu and Kashmir, officials said on Wednesday.

A fire broke out at Tatri-Kilshay village in Gurez on Tuesday night which was put out by fire brigade personnel and the locals, they said.

At least 10 houses got damaged, but there are no reports of any casualties so far, they said, adding the cause of the fire is being ascertained.

“Very unfortunate. I hope the local administration reaches out and helps these people with relief and assistance, especially as winter is very tough in this area. cc @OfficeOfLGJandK,” Abdullah tweeted. (KINS)

Another Visit By Foreign Diplomats To J&K Next Week