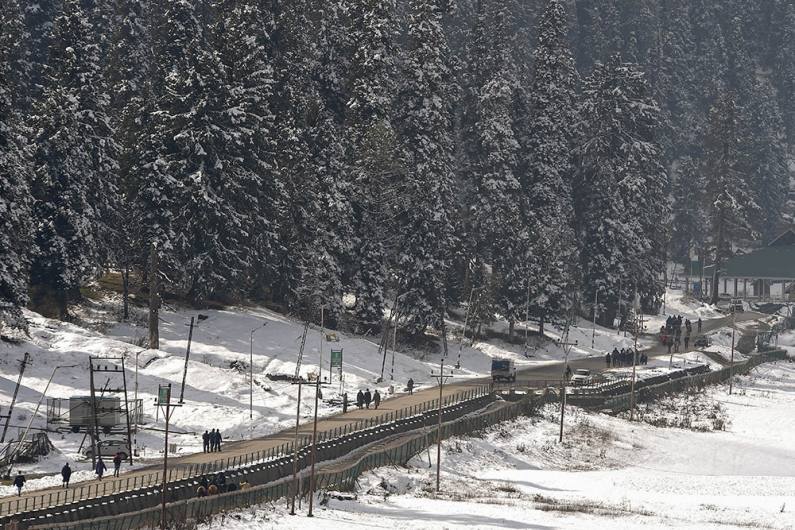 Srinagar, Dec 1 ( KINS): The minimum temperature settled below the freezing point across Kashmir, with several weather stations in the valley including Srinagar city recording the coldest night of the season so far, officials said on Wednesday.

This was lowest minimum temperature recorded in the summer capital of Jammu and Kashmir this winter, they said.

The officials said Pahalgam, which serves as the base camp for the annual Amarnath yatra, recorded a low of minus 5.2 degrees Celsius, dropping from minus 3.3 degrees Celsius 24 hours earlier.

Gulmarg resort in north Kashmir’s Baramulla district also recorded a minimum temperature of minus 1.6 degrees Celsius. The famous ski resort was the warmest place in the valley last night.

The mercury in Kupwara in north Kashmir settled at a low of minus 3.5 degrees Celsius.

The MET Office has said the weather will most likely remain dry but cold till December 3.

A weak Western disturbance is likely to hit the region towards the weekend, the officials said, adding the precipitation will end the dry spell of weather in the valley.

The wintry conditions in the valley set-in much ahead of the beginning of extreme harsh weather conditions which usually start around the third week of December. ‘Chillai Kalan’, the 40-day period of harsh winter in Kashmir, begins on December 21 every year.( KINS)