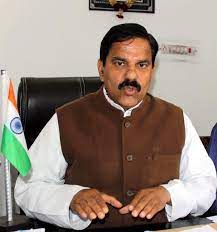 Udhampur,Dec 2 ( KINS): Accusing the BJP of hobnobbing with defectors of Congress, NPP and NC in order to retrieve its lost ground, Mr. Harsh Dev Singh chairman JKNPP and former Minister said that the Saffron party had proved once again that it could go to any extent to gain access to the seat of power. There have been several reports of BJP leadership meeting the disgruntled and redundant leaders of opposition parties and wooing them to join their rank and file notwithstanding their uninspiring antecedents. It was interesting to note those leaders who were the pioneers of the slogans of self-rule and autonomy and critics of BJP ideology were being embraced by it in a desperate bid to revive its lost ground. He was addressing huge public meetings in Badota, Seri, Langa, Bindla, Larh of Ghordi block during his two day tour.

“Politics makes strange bed fellows. And BJP has proved it time and again. It entered into alliance with PDP despite tall announcements made during 2014 elections to demolish the father-daughter (Bapp-Beti) party and conceded the chair of CM for full term to PDP. It jettisoned its core philosophy only to be junior partner in PDP led govt. Those projected as monsters during elections were accepted by it as its mentors. And after the demise of Mufti Sayeed, it literally begged before Mehbooba Mufti to lead the govt. by allowing itself to continue in the second fiddle capacity in the govt. After the collapse of PDP-BJP coalition, its leadership projected another Kashmir based leader of Peoples Conference to head the govt. which fortunately did not fructify in view of dissolution of the Legislative Assembly. And now the same party was trying to promote some disgruntled politicians of opposition besides stitching new alliances with some Kashmir based parties so as to capture power in J&K” asserted Singh.

Describing the BJP’s latest move as another shocker in the gory list of BJP’s opportunist politics, Mr. Singh said that it’s mindless wooing of Congress, NC and NPP leaders only revealed its bankruptcy. Having lost its ground in Jammu it was desperately trying to bring in its fold those who had been discarded, disowned and rendered defunct, regretted Singh. “The BJP must remember that these are the leaders who have abandoned the very parties which gave them name, fame and power. They are merely defectors. A chair changer can’t be a game changer. And the lotus shall never bloom in Kashmir. The sooner the BJP appreciates this fact the better will it be for the Saffron brigade. In a bid to appease Kashmir, the BJP has disappointed and lost its core constituency of Jammu as well. Its political ambitions have lit fires that will ultimately consume the party itself” said Singh.

Asserting that BJP had lost its sheen and steam, Mr. Singh appealed the people of Jammu to support their own regional party which alone could navigate the people of Dogra land.

Prominent among those who spoke on the occasion included Ram Paul Bhagat, Vishav Dev, Sukhdev Singh, Sanjay Sharma, M.Y. Khan besides others.( KINS)

Amid fears of the Omicron variant, J&K to impose fine on those hiding international travel history

4 suspected drones spotted at different locations in Samba and Jammu