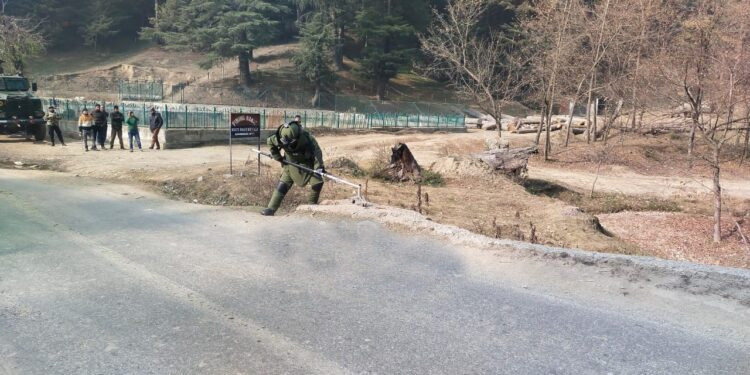 Kupwara, Dec 3 ( KINS): A suspicious object found lying along a road in Kupwara on Thursday afternoon was recovered and subsequently destroyed by a BDS team, an official said.
“Based on specific input, army’s 41 RR alongside 140 Bn BSF and Kupwara police, cordoned off an area and found a suspicious cylindrical metal object connected to battery wires lying along a road leading from Kupwara to Kalaroos”, the official said.
“A Bomb Disposal Squad was roped in to the site, which with due diligence and safety moved the suspected object from the road to a safer place in nearby forests to destroy it”, the official said.
“The vehicular traffic has been restored along the road after kept halted for nearly two hours”, the official added. (KINS)

Kashmir’s houseboat industry dying, number reduced to 910 from 1600 in 3 decades