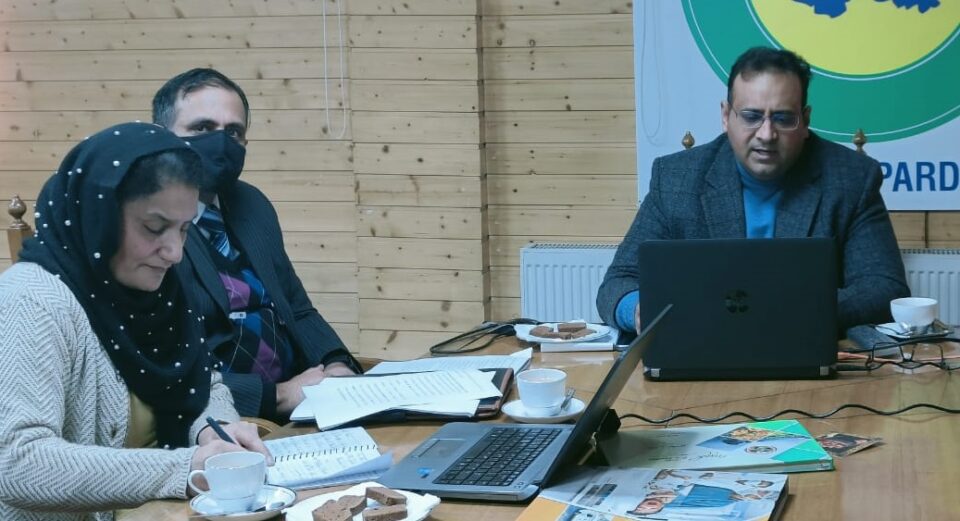 Speaking on the occasion, Saurabh Bhaghat said that transparency is the bedrock of good governance and providing timely information to citizens is the most important indicator of such dispensation.  He said that RTI is a wonderful platform that can act as a feedback mechanism for all the government departments, therefore, the public authorities (APIOs, PIOs, and FAAs) should learn to treat RTI as a yardstick of good governance.

He said that the Institute will keep on organizing such programmes which will act as an effective tool for improving governance and administrative machinery in the Union Territory of Jammu and Kashmir. He informed the participants that the General Administration Department, J&K Government, has prepared a list of 4000 officers including FAAs, PIOs, and APIOs, who will be deputed to J&K IMPARD in batches to get training on RTI Act, 2005.

He said that a handbook on RTI prepared by J&K IMPARD for use by APIOs, PIOs, and FAAs under the “Scheme of Improving Transparency and Accountability in Government through Effective Implementation of RTI Act” has also been formulated.

Joint Director, Deputy Directors from GAD and senior faculty members from J & K IMPARD were present on the occasion.( KINS)

Vacate Pahalgam in two hours: Admin to visitors as Govt to reimpose restrictions

Tourism has come to standstill affecting livelihood of a sizeable section of population: Tarigami