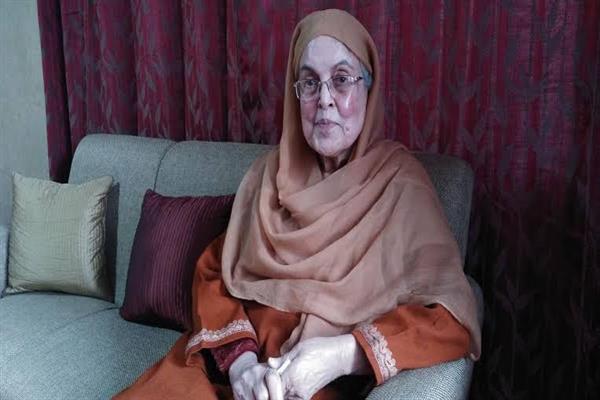 In a statement she said that Sheikh Abdullah’s struggle is an open book and he will always be remembered as a leader, teacher, guide, friend and philosopher for his contributions in taking the common masses out of abject poverty and subjugation after hundreds of years.

“Be it the land to tiller, free education, emancipation of women, setting up of universities in Jammu and Kashmir, laying of infrastructure for roads, hospitals, education centers with all round developmental programmes for all the three regions of the state. There is no parallel to such contributions from a leader for his people,” she said.

She said that the BJP and RSS are hell-bent to change the demographic character of Jammu and Kashmir and the drama of abrogation of Article 370 and 35-A was the first step towards that goal conceived by them.

She further stated that it was their job to ensure that the decision to abolishing of Article 370 and 35-A is revoked and the unfinished task of Sheikh Mohammad Abdullah for a just and fair solution of the Kashmir issue is realised.

Both way traffic to ply on Sgr-Jammu highway on Sunday