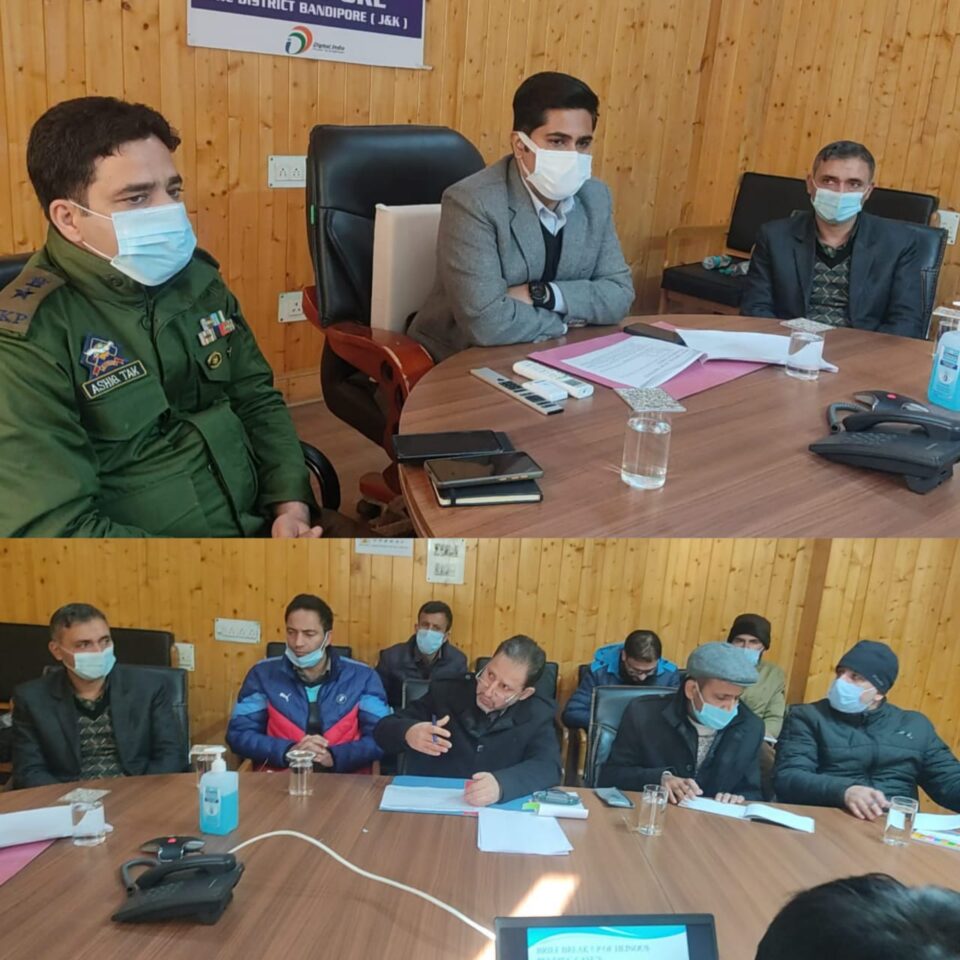 On the occasion, officers informed the chair that there are 418 cases regarding heinous crimes like Murder, Rape, POCSO, NDPS Act, etc. pending in Bandipora out of which record number of 182 cases were disposed off till date.

DM also insisted for speedy disposal of old cases while adhering to procedure.

The meeting also reviewed the infrastructural issues with regard to the department. It was given out that two Kanals of land for prosecution headquarters have been identified at Kaloosa and a file has been sent to Director General Prosecution for further action.

Accommodation for the department in Gurez and Sumbal was also discussed in the meeting. The DC assured every possible help to the department to augment their infrastructural needs.

A govt teacher who donates her salary to assist poor students

Foreign Envoys’ Visit To Jammu And Kashmir Not A ‘Guided Tour’: MEA