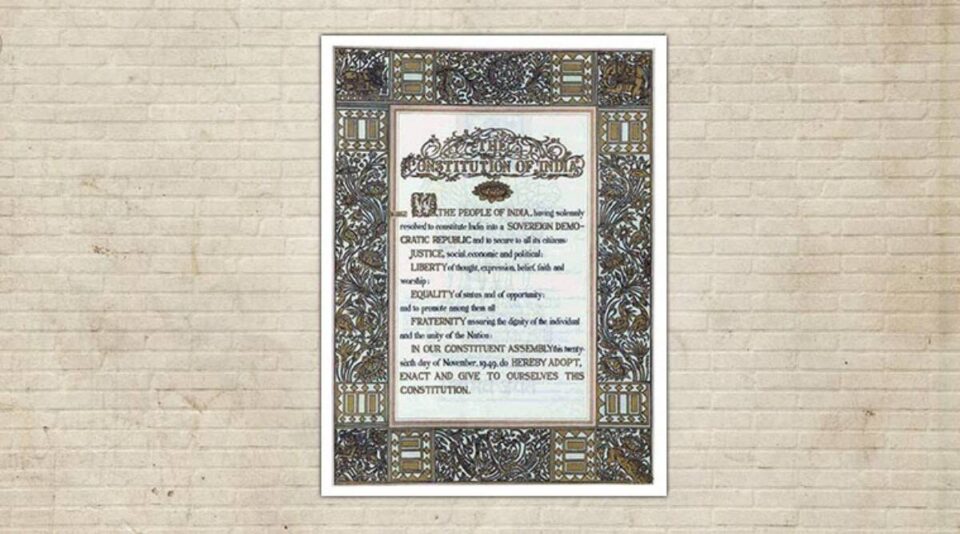 Jammu , Dec 6 ( KINS) POINTING OUT that Bharat from time immemorial had been a spiritual country, Jammu, Kashmir and Ladakh High Court Chief Justice Pankaj Mithal Sunday said the addition of “socialist” and “secular” to the already mentioned “sovereign, democratic, republic” in the Preamble of the Constitution in 1976 narrowed the vastness of its spiritual image.

Delivering keynote lecture on ‘Dharma and the Constitution of India: The Interplay’ at a function organised here by Adhivakta Parishad of J&K and Ladakh, he said India is capable of taking care of all its citizens and the socialist nature was inherent in it. Pandavas to Mauryas, Guptas, Mughals and Britishers ruled it, but India was never defined on the basis of religion as a Muslim, Christian or Hindu nation, because it was accepted as a spiritual country, he said. “By adding the word ‘secular’, we have narrowed own vastness of spiritual appearance…,’’ he said, adding that “this can be said a narrow-minded approach”. Otherwise, Bharat from time immemorial had been a spiritual country and its name should have been “Spiritual Republic of India”, he added.

Referring to the amendments, he said it is good to have amendments as these prove helpful, but those not in national interest are of no use. “Sometimes, we bring amendments due to our adamancy,” he said. In this context, he referred to two amendments brought into the Constitution in 1976 – one adding Fundamental Duties in Chapter 14 and along with it, adding ‘socialist’ and ‘secular’ to the Preamble. “Very good words, but we have to see whether these amendments were needed, or these have been added at the right place,” he said. ( Source Indian Express)