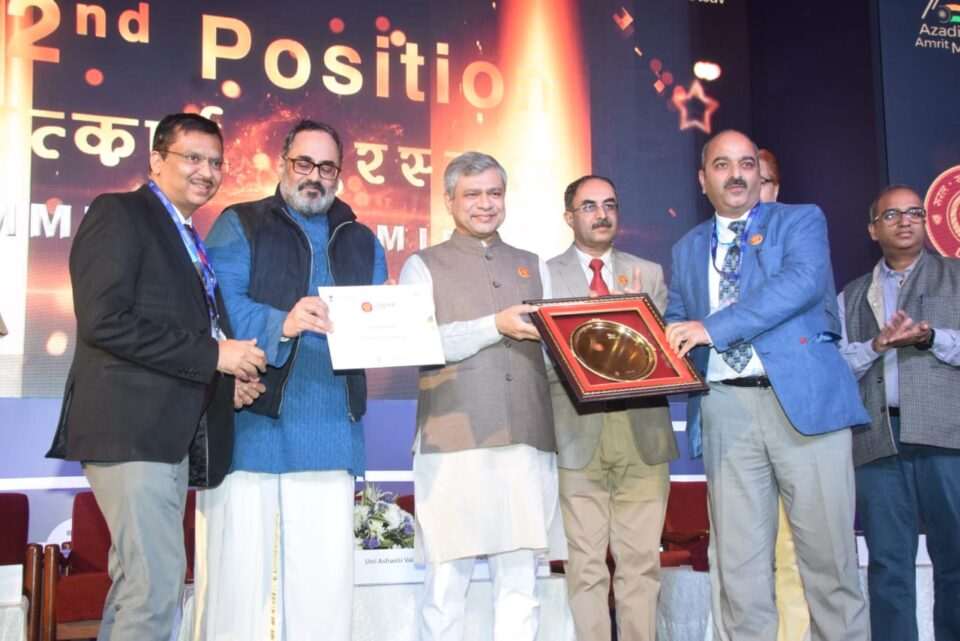 : In recognition of its growing digital operations, J&K Bank has been felicitated for achieving 2nd highest percentage of digital payment transactions under the category of Small & Micro banks as a private sector Bank.

The Bank earned the honors for its outstanding performance in promoting digital payments as part of the “Digital Payments Utsav”, celebrated by the Ministry of Electronics & Information Technology.

On behalf of the Bank, Vice President (Strategy & IT) Imtiyaz Ahmad received the ‘Utkarsh Puraskar’ of DigiDhan Award 2020-21 from Union Minister for Communications, Electronics & Information Technology and Railways (GoI) Ashwini Vaishnaw in presence of Minister of State (MoS) for Electronics & IT Rajeev Chandrasekhar at India Habitat Centre in New Delhi.

Commenting upon the achievement, CMD R K Chhibber congratulated the entire IT Department of the Bank for this feat saying, “It is a big recognition for the Bank especially its Digital Team that has been working beyond duty hours to expand digital operations of the bank while focusing on making these easier, safer and smarter.

The acknowledgement testifies to our sustained focus on innovation and scale so as to create greater value for all our stakeholders especially our valuable customers.”

Any concession in syllabus a negative move, say Kashmiri academicians

Tulip Garden likely to be thrown open by March end