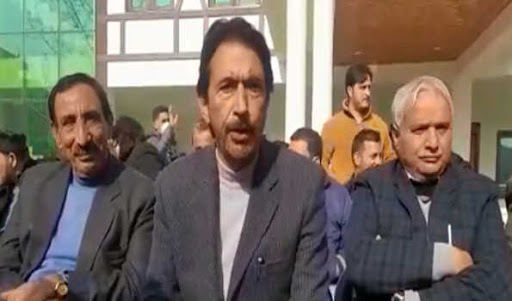 “BJP was pursuing a policy of ‘divide and rule’. The Congress is the party which had never given up its stand on secularism”, Mir made these remarks while talking to reporters on the sidelines of the party’s membership driver launched in Srinagar on Tuesday.

” Today we are launching a party membership campaign which is conducted every four years as per the party constitution and this campaign has started from November 1 in the country,” he said.

He said, “Any citizen of the country above the age of 18 can become a member of Congress by paying a fee of five rupees and then move forward on the basis of his abilities.”

Mir said the only way to improve the situation in Jammu and Kashmir was to support the Congress.

He said, “The situation in Jammu and Kashmir today is such that if a young person leaves his home in the morning from the

border settlements to the plains, there is no guarantee that he will return home by evening.”

“BJP is pursuing a policy of ‘divide and rule’ while the Congress has never changed its stance”, Mir said, and added that unemployment and inflation were on the rise in Jammu and Kashmir and people were worried about it.

Mir said, “As Rahul Gandhi also said that there is no democracy anywhere in the country and here the constitution is being kept on the sidelines.”( KINS)

Revenue record to be put in public domain by 15th October, 2021