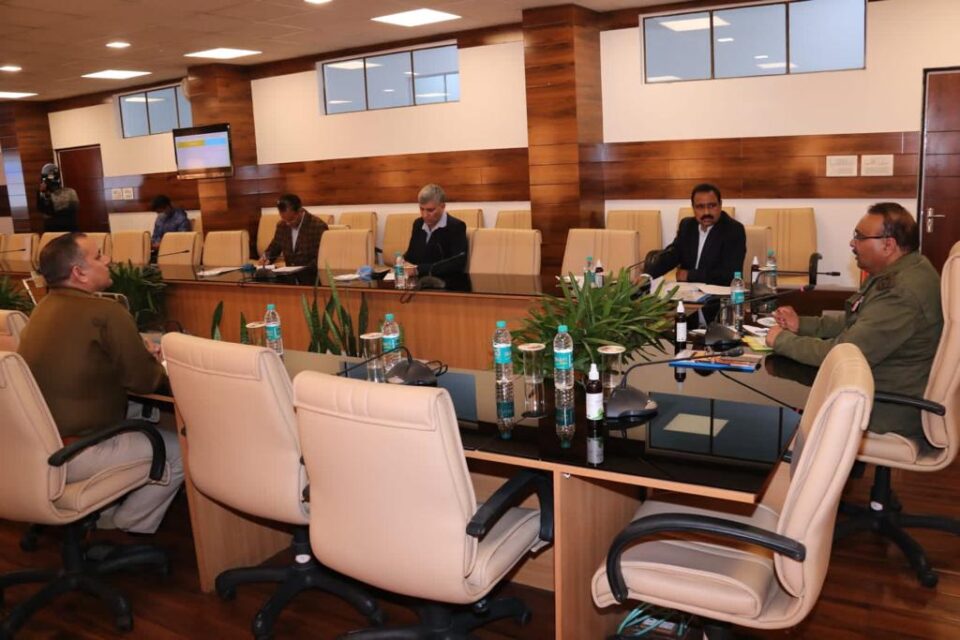 Jammu, December 7  ( KINS): To review the security of railways in Jammu and Kashmir a meeting of the State Level Security committee was held today under the chairmanship of Director General of Police J&K  Dilbag Singh at the conference hall at Police Headquarters here.

The meeting started with the threadbare discussion on the action taken report on the agenda points of the last meeting which included joint security audit of vital installation, experimental running of glass top rail bogies, availability of X-ray baggage scanners for their optimum utilization. During the meeting action taken report on the installation of CCTV cameras was also discussed and the committee was informed that 235 CCTV cameras are installed at 12 Railway stations besides there is need for more at some stations.

Strengthening of manpower, deployment of dog squads and improving infrastructure for the officers and jawans of RPF and GRP was also discussed.

Speaking on the occasion the DGP expressed his satisfaction over the coordination between GRP, RPF & other departments and impressed upon the officers that best of partnership and performance by the agencies guarding the railways should be ensured on ground for the safety and security of the people. He said that in future security issues pertaining to the safety of railways will be more important as more and more stations will get connected and more & more people will use the services for travel & freight. He said there have been some elements in the past that were involved in damaging the property of railways. However, he stated that such incidents have gone down considerably.

The DGP impressed upon the officers to make optimum use of the technology for security of the users, officials of the Railways and also for the hassle free services to passengers.

At the outset of the meeting ADGP Railways while welcoming all the committee members said that due to the pandemic COVID-19 this meeting is being held after a long time as the first meeting was held in February 2020.( KINS)

NIA conducts raids for the 2nd successive day in Kashmir