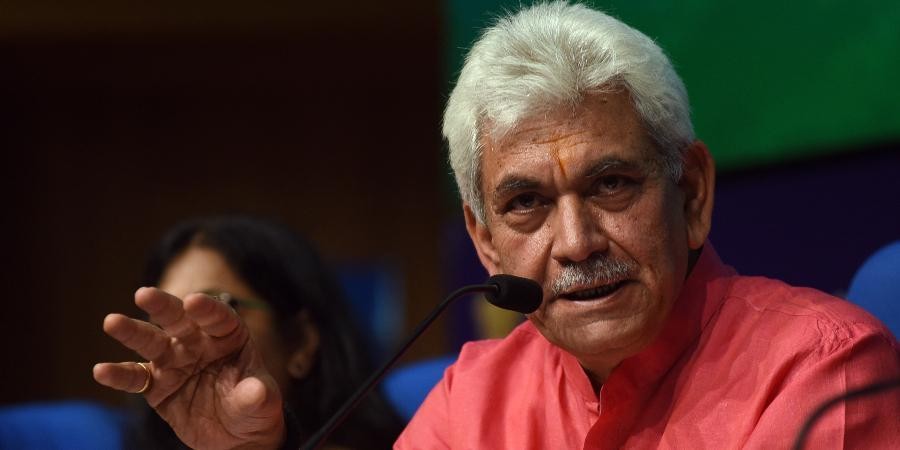 Jammu , Dec 7 ( KINS)Lieutenant Governor of Jammu and Kashmir Manoj Sinha Monday imposed a “complete ban” on holding official dinners and lunches, meeting and conferences at private hotels and purchase of new vehicles and new furniture as a part of austerity measures in the administration.

Pointing out that government buildings and premises will be used to hold meetings and conferences, an order issued by the Union Territory’s Additional Chief Secretary, Finance, Atal Dulloo said austerity should be observed while organising conferences, seminars and workshops and only those that are absolutely necessary should be held.

Similarly, holding exhibitions, fairs, seminars and conferences outside Jammu and Kashmir has been strongly discouraged, except in the case of exhibitions for tourists, art and craft and promotion of investment.

It also ordered all government officers to travel only by economy class regardless of their entitlement. The order asked officers to effectively use the facility of video conferencing in order to avoid travel to attend meetings, adding, “the travel expenditure should be regulated so as to ensure that each department remains within its allocated budget”.

Out of budget estimates of 2021-22, the order also imposed 10 per cent cut on office expenses, LTC, telephone bills, petrol, research and survey and hospitality and sumptuary, conduct of camps and seminars and travel, asking all the departments not to make any fresh financial commitment on items that are not provided in the approved budget of the current financial year.

It further banned purchase of new vehicles, except when needed to meet operational requirements but only as a replacement measure.( KINS)

Full statehood for J&K, restoration of Articles 370, 35-A among 7 resolutions passed by NC