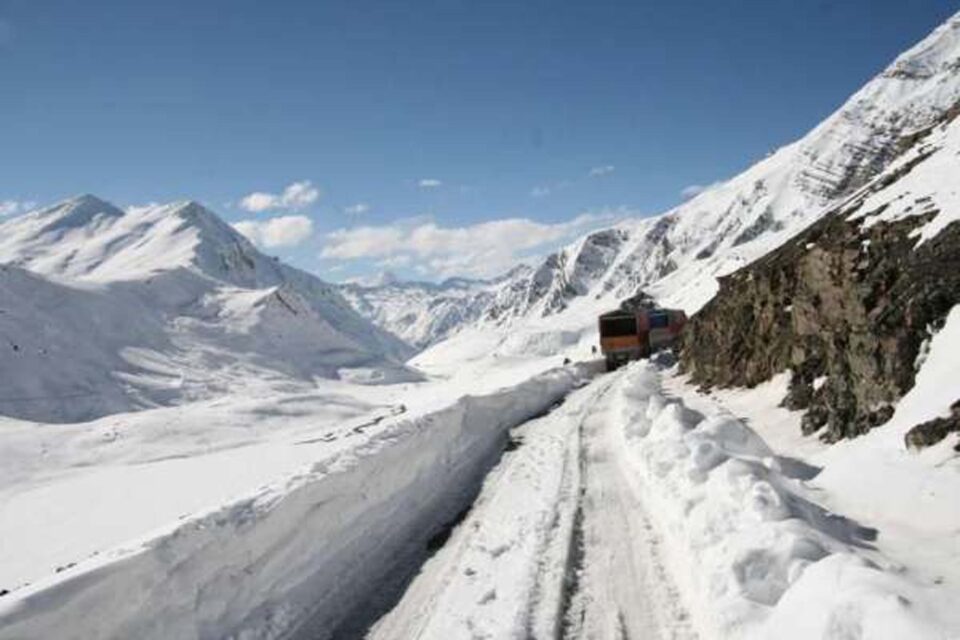 Meanwhile, Srinagar-Jammu national highway was also through for vehicular traffic for both sides, the traffic official said. However, heavy motor vehicles would travel from Srinagar to Jammu only.

He said, the Border Roads Organisation (BRO) responsible for the maintenance of the road pressed into service the men and machinery cleared the accumulated snow on Ladakh highway at Zojila pass, Gumri, Captain More and Kargil made it traffic worthy. More than a foot of snow was accumulated on the highway on Sunday.

Trucks loaded with essential commodities besides other vehicles were allowed to cross the Zojila pass, the sources said.

The traditional Mughal road connecting Shopian district in south Kashmir with Rajouri in Jammu division remained closed for the third consecutive day on Tuesday due to snow accumulation caused on Sunday. The snow clearance operation which was taken up yesterday could not continue due to the slippery road conditions. He said the men and machinery are on the job to make the road traffic worthy, the traffic official added.

Meanwhile, snow clearance operation is also going on at Razdan top and Gurez roads in Bandipora district of north Kashmir which were also closed as a precautionary measure following a fresh snowfall Sunday. Besides Keran and Karnah roads in frontier Kashmir district of Kupwara are also being cleared of snow to put through for vehicular traffic. The snow clearance operation is going on to put these roads through for vehicular traffic, the traffic official added.( KINS)

Kulgam Gunfight: No militant body found yet, Searches on

One dies in Bandipora road accident

NC Leader Says Article 370 Must Be Fought For, Politically Rather Than Legally