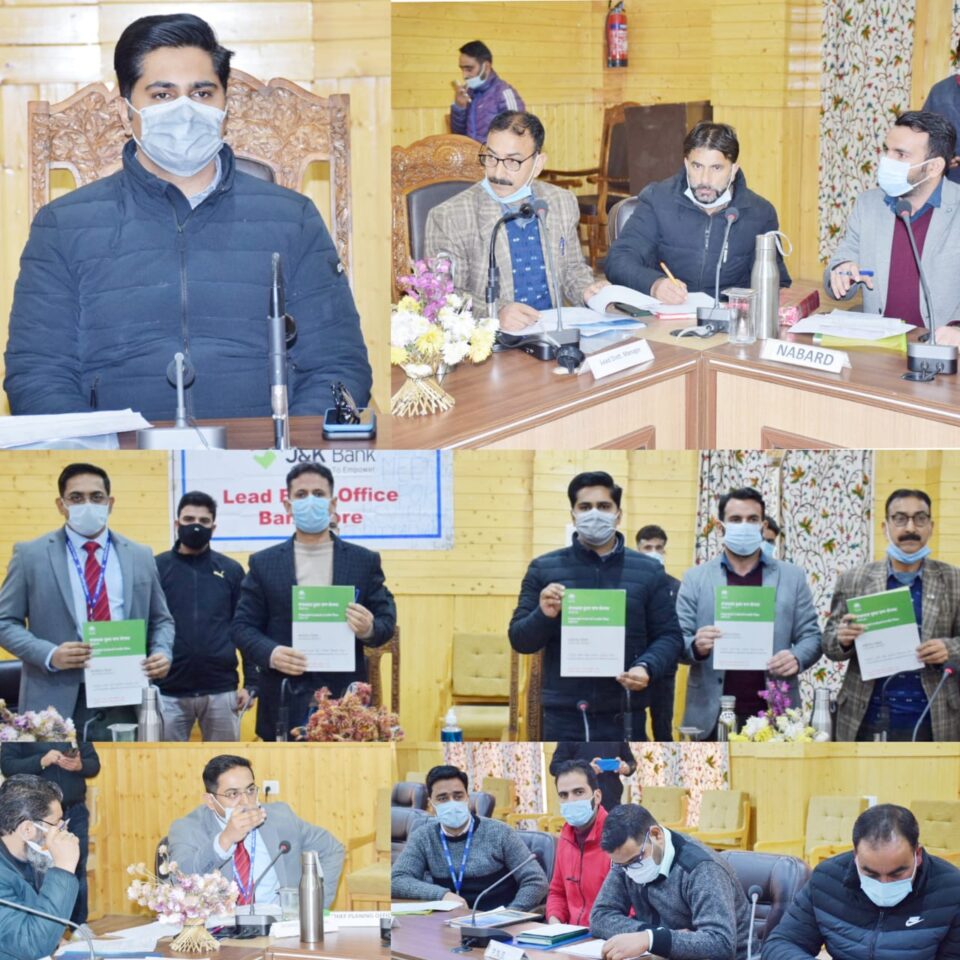 The meeting was informed that against the annual target of Rs 770.66 Cr in Priority Sector, Rs 187.17 Cr has been achieved in the first half of the year witnessing 24 percent achievement in priority sector and 116 percent in non-priority sector.

It was given out that a decision has been taken in the UTLBC meeting and all the districts have been directed to review the priority sector target so that their targets are achieved till the end of the financial year. The meeting also reviewed priority sector lending for 2021-22 and 2022-23

On the occasion Deputy Commissioner released the Potential linked plan for the year 2022-23 prepared by NABARD.

While reviewing the performance of Banks and Government departments under various schemes in priority sector, Dr Owais directed for speedy disposal of government sponsored cases. He advised all the banks and the sponsoring agencies to work in coordination and cohesion to achieve the goals and targets for development progress and eradication of unemployment.

45 Students Quarantined On Arrival From Bangladesh