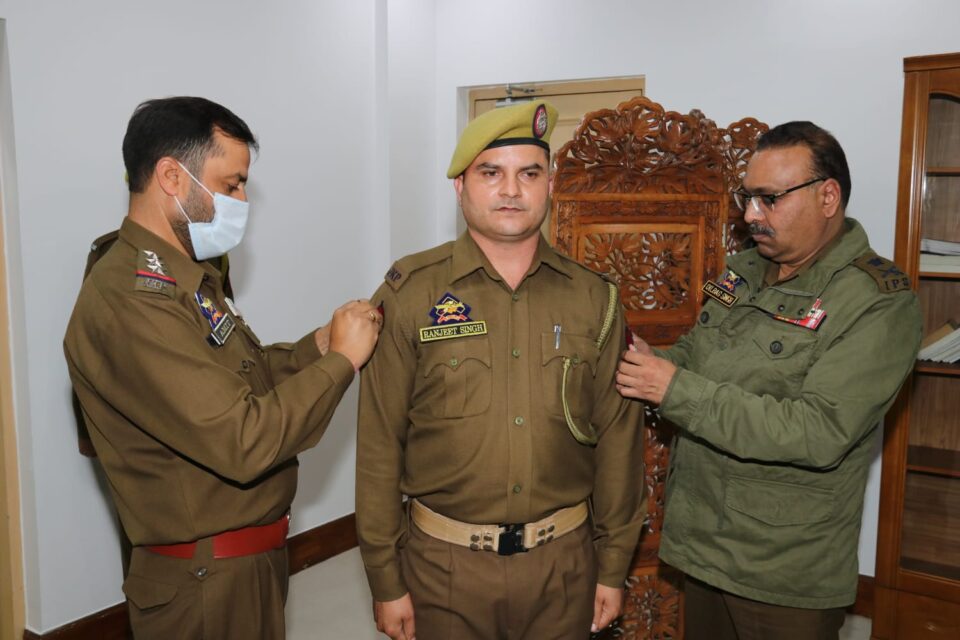 Jammu, December 09 ( KINS): Director General of Police J&K, Shri Dilbag Singh today decorated a newly promoted official of Police Headquarters with SgCt. rank at a simple pipping ceremony held here.
The promoted official  Shri Ranjeet Singh was appointed in  Police department in the year 2009 and has been promoted to the present rank in October 2021.
Congratulating the official, the DGP advised the official to work hard, and always come up to the expectation of people. He wished best of luck to the promoted official and extended his warm greetings to his family as well.
previous post

Jammu-Srinagar Highway blocked due to landslides