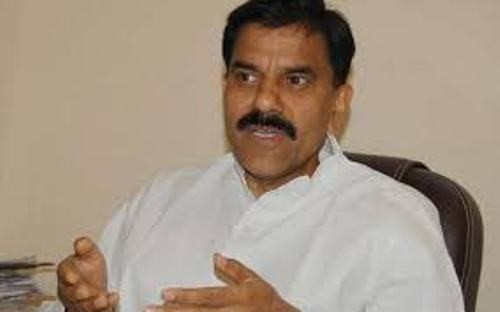 Jammu, Dec 9 (KINS) Jammu and Kashmir National Panthers Party chairman and former minister, Harsh Dev Singh on Thursday said that while the process of delimitation of 4,121 assembly constituencies of 28 states of the country and 539 parliamentary constituencies was completed by Justice Kuldeep Singh led Delimitation commission within a period of 4 years, it is ironical that on delimiting of barely 90 assembly constituencies of J&K has seen no progress despite a lapse of 21 months from the date of its constitution.

Speaking to the media here at a press conference, Singh said that the Delimitation Commission was constituted by the President of India under the chairmanship of Justice Kuldeep Singh for delimiting the parliamentary as well as assembly constituencies across the country on July 12, 2002.

The commission completed its job in 2006 by delimiting and readjusting the territorial boundaries of all parliamentary and assembly constituencies including rotation of reserved seats for SC and ST in the country within a period of 4 years except for J&K,” he said adding that the job was certainly herculean but the commission accomplished it fearlessly and impartially in the shortest possible duration thus upholding the democratic traditions and constitutional values.

It was unfortunate however that the present delimitation commission constituted on March 6, 2020 had failed to record any tangible progress till date, he said and added, “This had given rises to speculations that it was acting on the dictations of BJP government to delay the process and ultimately to delay the revival of democracy in J&K.”

Singh further said, The Delimitation Commission which was formed in March, 2020 with a tenure of one year had merely conducted one meeting with associate members during its original term thereby necessitating its extension for an additional one year.”

Singh said that while delimitation of new DDC constituencies in J&K was effected in 2020 within one week by the present dispensation, the helmsmen had failed to come out with any convincing explanation for the inordinate delay in delimiting the assembly constituencies.

He said that with delimitation delayed and denied, political process having been rendered defunct in J&K and political parties discredited and discouraged, the centre seemed hell-bent on depriving J&K of a democratically elected government.

“People of J&K were being deprived of their democratic rights of having a duly elected govt of their choice. The last elections in J&K having been held in 2014, the BJP government still seemed disinclined to hand over power to the people even after a lapse of several years thus giving a fatal blow to the democratic values enshrined in the Indian constitution,” said Singh.

With uncertainty looming large over the delimitation of constituencies, the UT of J&K was doomed to be governed by proxies from outside the state having hardly any accountability to the masses whom they rule over, he said adding, “The delimitation commission was an autonomous body constituted under Article 82 of the constitution of India, it needed to act impartially and independently without any interference by the government.” ( KINS)