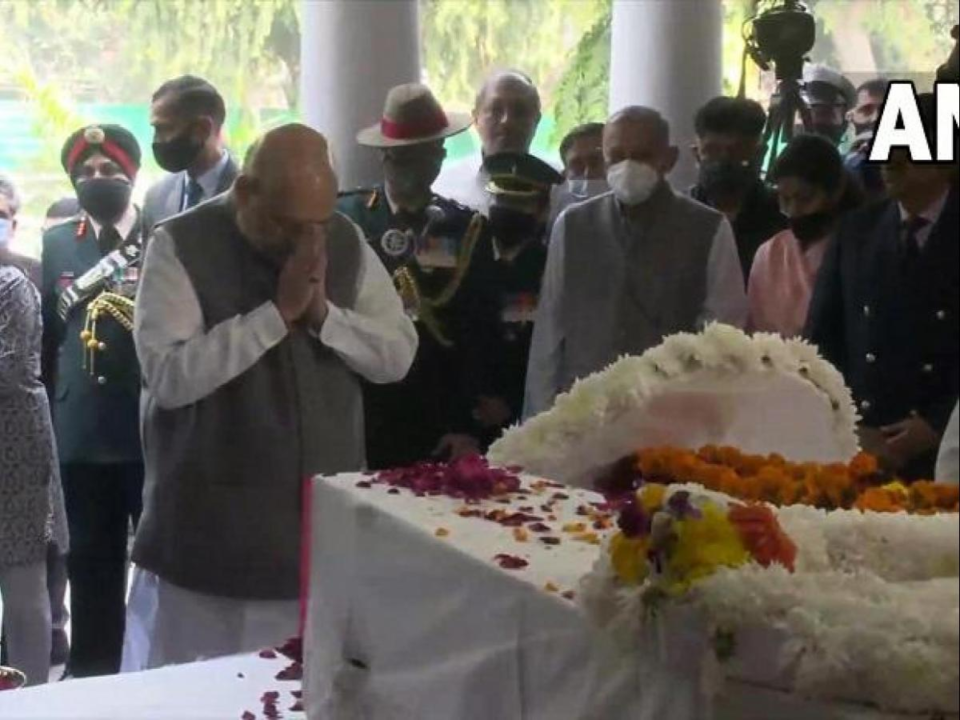 The mortal remains of Gen Rawat and his wife were kept at their official residence here before cremation.

Uttarakhand Chief Minister Pushkar Singh Dhami, BJP leader Ravi Shankar Prasad and British Ambassador to India Alexander Ellis was among the other leaders who paid their last respects to Gen Rawat and his wife.

“It’s a terrible and an irreparable loss to the country at a crucial time,” Antony said.

Paying his respects to Gen Rawat, Leader of Opposition in the Rajya Sabha Mallikarjun Kharge described him as a “good man”.

“It is a loss to the nation, he was a pride of the nation,” Union Information and Broadcasting Minister Anurag Thakur said after paying tributes.

Gen Rawat, his wife, and 11 other defence personnel were killed when a Mi17V5 helicopter carrying them crashed near Coonoor in Tamil Nadu on Wednesday.

As India’s first Chief of Defence Staff, Gen Rawat was tasked to bring in theatre command and jointness among the three services, and he was pushing it with a tough approach and specific timelines in the last two years.

Known to be forthright, fearless, and blunt at times, the 63-year-old strongly backed a policy of hot pursuit in dealing with cross-border terrorism and militancy in Jammu and Kashmir when he was the Army Chief between 2016 and 2019. (KINS)

Dialogue between India and Pakistan only way to resolve J&K: Dr Kamal