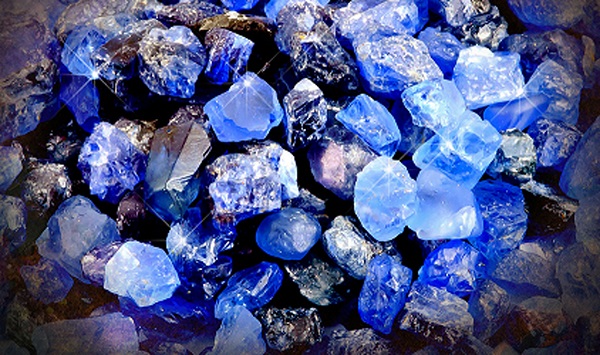 JAMMU, Dec 10 ( KINS): The Geological Survey of India has completed the preliminary survey for scientific exploration of sapphire mines in Jammu and Kashmir’s Kishtwar district, officials said on Friday.

Sapphire found in the Paddar Valley in the district is famous world-over for its unique peacock blue colour, they said.

Located at an altitude of 4,742 metres above sea level, a 116-km stretch in the valley is estimated to have a reserve of sapphire worth Rs 2,700 crore, the officials said.

Till now, extreme geographical conditions and lack of resources have hampered commercial exploitation of this valuable stone, officials of the J&K Minerals Limited, a government company, said.

Extraction of sapphires from Paddar began in 1885 and they achieved legendary status in the jewellery world. The gems mined during this period are valued highly and usually fetch enormous prices around the world, they said.

The preliminary survey for Paddar sapphire mines has been completed by the Geological Survey of India (GSI) and further options are being explored for the scientific exploration of the area, officials said.

The status of the preliminary survey was discussed by top officials at a meeting of the board of directors of the J&K Minerals Limited here, and it was chaired by Chief Secretary Arun Mehta.

Mehta directed that a committee be constituted to evaluate the quantity of sapphire reserves and design a suitable mechanism for its sustainable extraction.

The panel will also recommend future course of action in this regard, he said.

According to a notice issued by J&K Minerals Limited, the precious stone, which is famous for its unique peacock blue colour, is rarely found in other parts of the world.

The sapphire found in Kishtwar is renowned for its clarity and transparency, and are mainly used for jewellery, with a high ornamental value, it said.

The price of these “pure sapphires” easily crosses USD 100,000 a carat, making them the most expensive in their category, the officials said.

It was also informed in the meeting that despite the COVID-19 crisis, which had far-reaching economic and social repercussions, J&K Minerals Limited showed satisfactory performance and continued to deliver much-needed raw material to mineral-based industries in Jammu and Kashmir, they said.

The officials sad the company for the first time has ventured into minor mineral exploitation and has operationalised four minor mineral blocks in the Jammu region.

This has ensured a regular supply of construction material like sand and boulders to various projects, including the construction of AIIMS, IIM, ring roads in Jammu and Srinagar, and works on the National Highway-44, they said.

Regarding the Kalakote mines, the mining department has been asked to conduct a safety audit through the Director-General, Mines Safety, Government of India, within three months, and rationalise excess labour from these mines to other minor minerals mines, the officials said.

Mehta also reviewed the functioning of the Parlanka Gypsum mines in Ramban district and directed allotment of additional blocks to J&K Minerals Limited for boosting gypsum extraction, which currently stands at 40,000 metric tonnes a month.

The chief secretary, while appreciating the efforts of the management for making the corporation self-reliant, asked it to explore possibilities of further mineral extraction in Jammu and Kashmir. “This will help to develop the mineral-based industries in the Union Territory of Jammu and Kashmir and create more employment in the region” he added. (KINS)

Shah Faesal’s resignation baffles some and amused others

RSS-BJP cronies in J&K want to change demography of our state : Farooq Abdullah