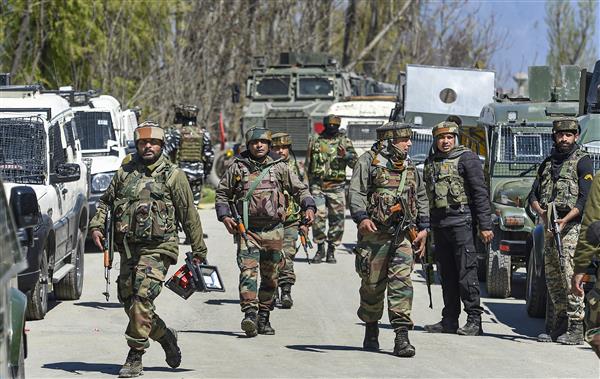 Srinagar , Dec 13 ( KINS) Based on specific input regarding movement of militants  in general area of Rangreth, surprise naka checking points were established tactically by Srinagar Police in the area. During naka checking at one such naka manned by a small team of Srinagar Police, two suspected persons on noticing the police party fired indiscriminately upon them. However, the fire was effectively retaliated, leading to a brief encounter. In the ensuing encounter, two militants  were neutralized on spot.

As per police records, both the killed militants  were involved in several terror crime cases and civilian atrocities and played a key role in number of recent killings in Srinagar City. On 04/03/2020, militant  Aadil along with his associates fired upon Police Party of Police Post Warpora Sopore in which 01 Police Personnel Wajahat Asadullah was martyred & a civilian Shaban Wagay was killed. Besides the killed militant  was also involved in several grenade attacks on Police/SF establishments including grenade attack at Bus Stand Sopore in which 19 civilians were injured, grenade attack at Police Post Bus Stand Sopore in which 02 Police Personnel were injured.

Arms & ammunition including 02 AK rifles and other incriminating materials were recovered from the site of encounter. All the recovered materials have been taken into case records for further investigation and to probe their complicity in other terror crimes.

In this connection police have registered a case under relevant sections of law and investigation has been initiated. People are requested to cooperate with police till the area is completely sanitized and cleared off of all the explosive materials, if any.( KINS)

On LG’s directives, JKI to make awareness about its outlets for customers benefits