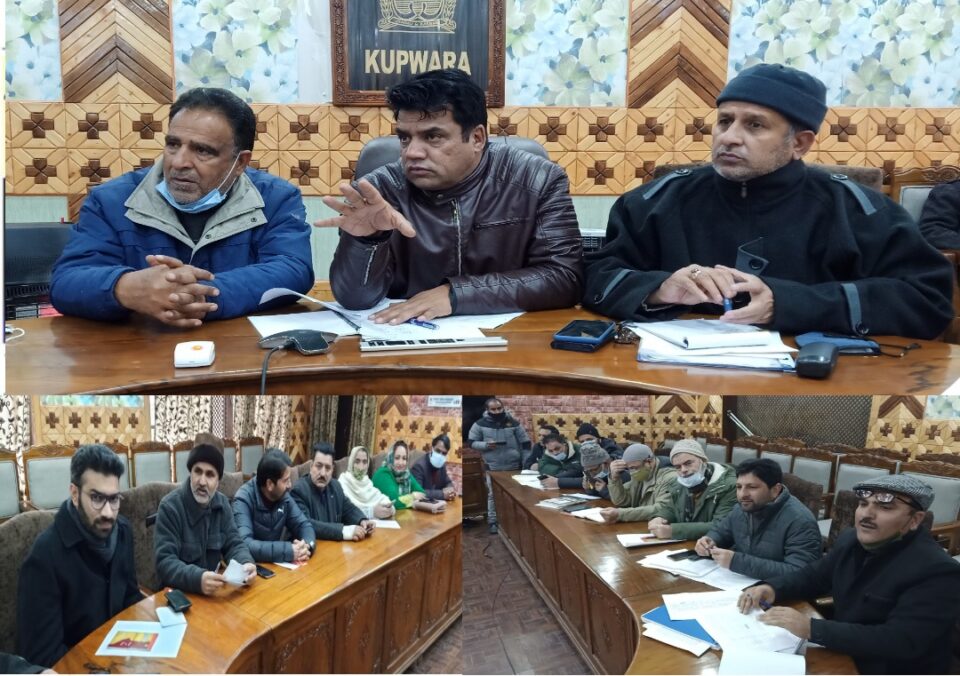 The meeting held threadbare discussion and took many decisions to further accelerate the developmental tempo in the district.

Addressing the meeting, the Chairman DDC said that the objective of the meeting is to review the pace of progress under current financial year’s District Capex Budget.

The Chairman stressed upon the officers to work with added dedication and ensure that all target works could be completed, keeping in view the limited working season, due to harsh winter.

The Vice Chairman also spoke on the occasion and projected various developmental issues during his address to the meeting.

Earlier the officers and JD Planing briefed the meeting about the achievements and was given out that as many as 2226 development works stands approved, out of 2144 works got Administrative Approval (AA), 1843 works tendered while as 1321 works alloted for execution.

Earlier, the DDC Members and BDC chairpersons projected issues of their respective areas.

Will eliminate those who pick gun against nation, GOC Victor Force
‘Army, other security agencies to ensure safe Amarnath Yatra’

J&K has taken a quantum leap in branding, marketing and transportation of local products, says the LG