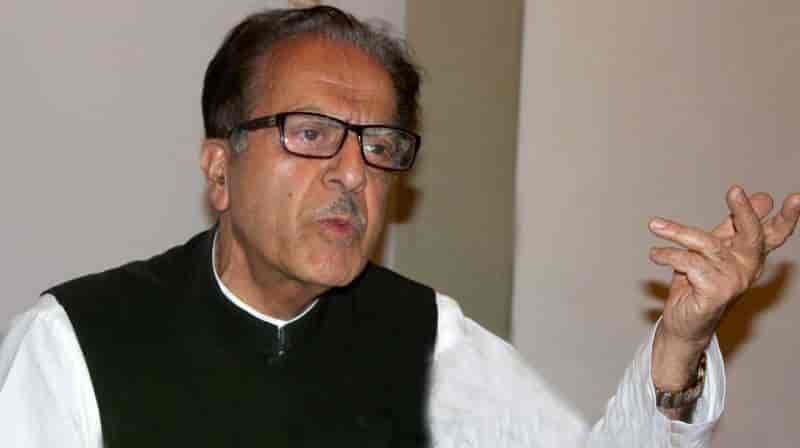 Srinagar, Dec 21 (KINS) Former Union Minister Prof Saifuddin Soz on Tuesday claimed that the entire process of delimitation is a “conspiracy hatched” by the RSS to change the demography of Jammu and Kashmir.

He said, the RSS seems to have succeeded in making the J&K Delimitation Commission propose six additional Assembly seats for Jammu and only one seat for Kashmir and alleged that the recommendation of the Commission goes against the most crucial criteria for Delimitation that is population and the same attitude shows the Commission itself in extremely poor light.

He also alleged that the official website of the Ministry of Home Affairs has erroneously declined the population of Kashmir by almost 16 lakhs. He said the website states that the valley houses a total population of 5,35,811 residents, while the Jammu region houses 69,07623 residents followed by Ladakh with 2, 90, 492 residents.

The population of Jammu is incorrectly quoted as 69.07 lakhs when it is only 53.50 lakhs, according to the census 2011, Soz claimed.

“These are RSS games for which it has now tasked MHA to do its biddings in the so-called National Interest”, he said and added “ these Blind-Men of Hindustan do not seem to be taking any notice of the repercussions of its games at the National and International level”.

He said, the general run of people of Kashmir wants to show respect to the Constitutional relationship between J&K State and the Union of India.( KINS)

DC Budgam for promotion of self-employment among youth

Army raises objections over construction work in PoK near the LoC