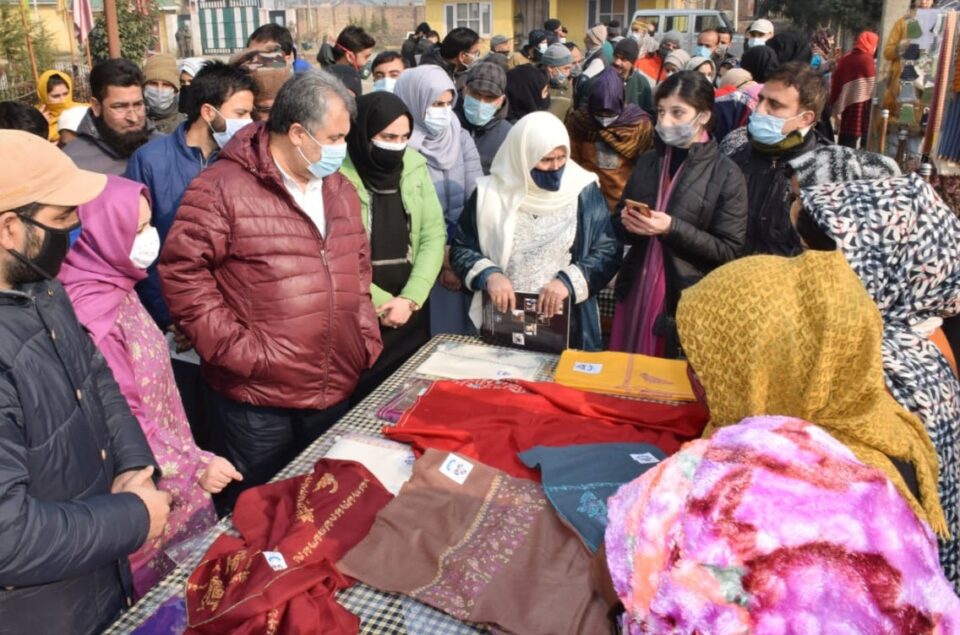 The principal secretary also distributed the certificates of appreciation among the meritorious students and the alumni of the college who had excelled in various fields.

Regarding the Construction of Workshop-Cum-Classroom, Dr. Samoon instructed R&B officials present at the occasion to complete the construction work in best possible time so that the facility will be put to the service of students. The project is being constructed at an estimated cost of Rs. 371.02 lacs.

He applauded the work of students and editorial committee of the institution for bringing out creative writing skills amongst students and faculty through the publication of “The Sparkle”.

Principal Secretary said that the government is committed towards building latest infrastructure and other facilities in polytechnic colleges and other skill development institutions of the Union Territory. He said that many initiatives are being launched by the government to enhance the standards of technical education in Jammu and Kashmir.

He said that lot of reforms are going on in the country and skill development is one such field which will be in high demand in the coming times. He exhorted upon the eligible youth to pursue various skill development courses being offered by different institutions so as to enhance their entrepreneurial skills.

He said that teachers should give best possible education and skill to students studying in our polytechnics & ITIs and carve-out entrepreneurs out of them while advising the students to work-hard and aim to become employers rather than employees.

He said that aim of the skill development institutes is not only to provide degrees but to focus on placement of the students.

He said that the institution is among best performing institutions of UT and congratulated Principal Dr. Shafquat Ara, Principal and the staff for achieving 100 per cent admission for the academic session 2021-22.

An exhibition was also organised during which the products like masks, shawls, embroidery works made by the students were displayed which was highly appreciated by the Principal Secretary. Cultural program was also presented by the students of the institution enthralling the audience.

Revenue record to be put in public domain by 15th October, 2021