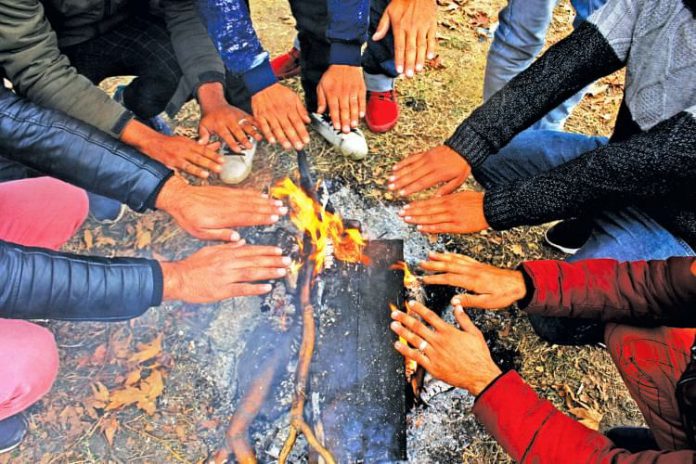 Srinagar December 21 ( KINS) The coldest season of the year, Chillai Kalan, begins in Kashmir from today. The chilly waves have gripped several parts of Jammu and Kashmir with the onset of 40 days of harsh winter.

For the unversed, ‘Chillai Kalan’ is a Persian term for ‘major cold’.

Chillai Kalan is considered the coldest season of the year. Its impact can be seen across the valley at freezing temperatures. In many places, thick sheets of ice covered the water bodies, including the Dal Lake.

Extreme cold is causing problems as the water sources are getting frozen. The authorities in some areas are using bush fires to get water pipes free from freezing.( KINS)

This disabled man helps people amid COVID-19 lockdown in Kashmir

We are here to stay, central governments come and go: Sajad Lone

People returning from abroad escape to be taken for quarantine