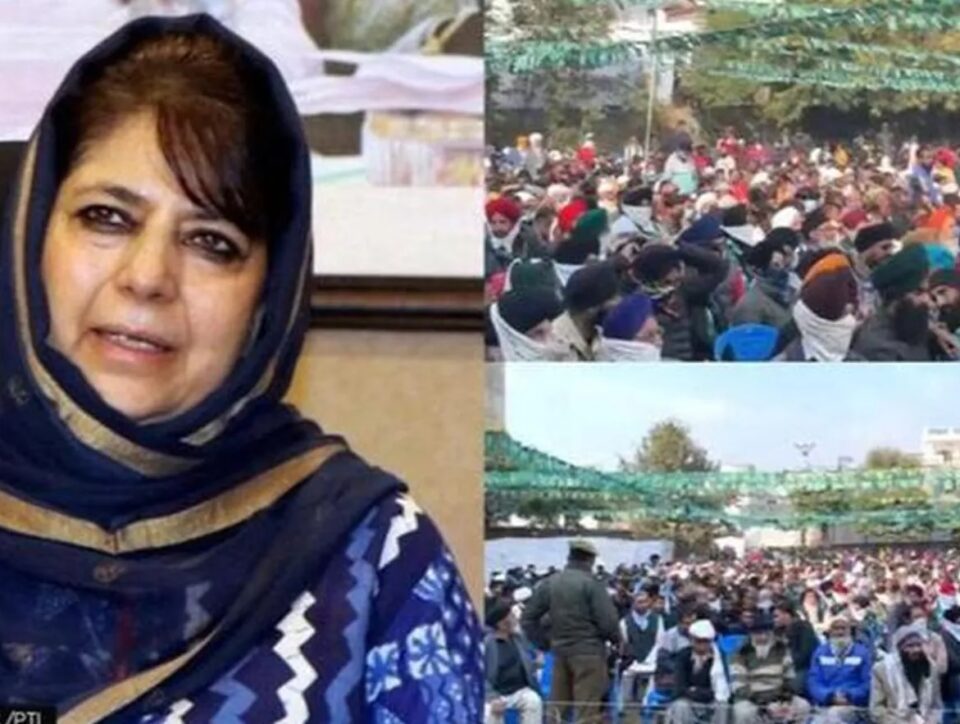 Jammu , Dec 22 ( KINS) A complete violation of COVID-19 protocols has been seen during a rally of former Chief Minister and Peoples Democratic Party (PDP) Chief Mehbooba Mufti, a day after three Omicron variant cases were recorded in Jammu. As per the current regulations of COVID-19 in Jammu, not more than 25 people are allowed to gather at a spot and 200 people at full capacity. The PDP demonstration, on the other hand, drew thousands of people at the rally.

Meanwhile, the administration of Jammu and Kashmir is planning to enact even stricter laws to combat the emerging COVID variant – Omicron – in the Union Territory. In addition, to prevent the spread of COVID-19, the J&K health authorities have advised residents to follow COVID-19-appropriate behaviour. They also stated that over the previous three weeks, all close connections of the three Omicron positive individuals were identified and tested.

In a similar act, PDP president and former J&K Chief Minister Mehbooba Mufti was handed a notice by the Jammu and Kashmir government for violating COVID-19 SOPs during a party rally in Shopian, south Kashmir, on August 25. A political conflict in Jammu and Kashmir had erupted after a magistrate refused to let the People’s Democratic Party (PDP) convention in Srinagar, citing concerns about the spread of COVID-19. PDP Chief Mehbooba Mufti had accused the administration of sabotaging the event.

Two of the patients were from Talab Tiloo, and another was from the Ban Talab district of Jammu, according to Shashi Sudan, Principal Government Medical College, Jammu. “All three patients are in stable condition,” she stated, adding that they have no prior international travel history.( KINS)

Enforcement teams recover over Rs 22,000 fine from violators in Ramban