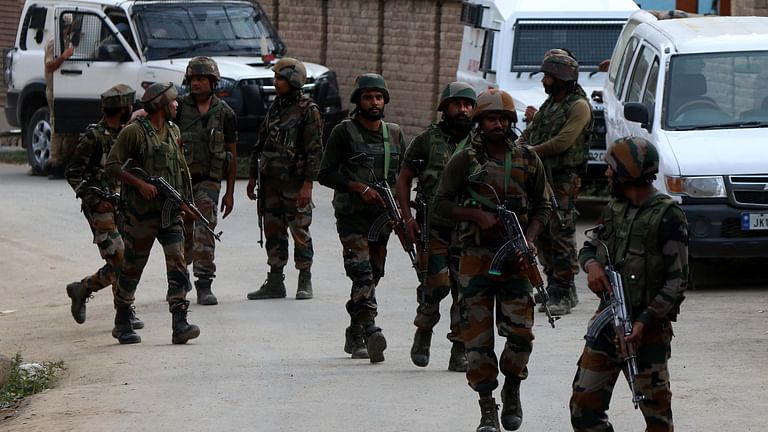 New Delhi, Dec 22 ( KINS): Militancy will start crumbling gradually in Kashmir after two-three years of resistance and in a period of 8-10 years, it is likely to be brought to an ineffectual state, says former Army chief Gen (retd) N C Vij.
He has come out with a book “The Kashmir Conundrum: The Quest for Peace in a Troubled Land” in which he tries to give a complete picture – starting with a history of Jammu & Kashmir and its people to the abrogation of special status.
“Militancy in the region is not likely to disappear in a hurry. It may take eight to ten years, but the intensity is likely to decrease over time, as Pakistan’s ability to create mischief will also reduce,” says Vij, who is from Jammu and Kashmir.
He says he is convinced that the “momentous developments” of August 5 and 6, 2019 dealt a death blow to the militancy in Kashmir.
“From an aggressive position, Pakistan and the separatists have been reduced to scurrying and fending for themselves. Also, as a result of the abrogation of Articles 370 and 35A, new dilemmas have arisen for the Kashmiris. They have lost their special status. This had always made them think of themselves as different from the rest of India. Now, they fear that they will be reduced to a minority in their own home state,” Vij writes in the book, published by HarperCollins India.
He also says that Pakistan has been reduced to a hopeless situation by India and it has become quite clear that the country is no match for India in any field, whether diplomatically, economically or militarily.
“The Kashmiris’ dependence on Pakistan was perhaps a big mistake for which they have paid the price. Indeed, their desire to join Pakistan or become independent has become a lost hope,” he argues.
According to Vij, all these factors put together will surely make the Kashmiris have a serious rethink about their approach and aims for the future.
“What should they do? Should they still dream about independence or should they try and recover what they have lost? Can they really take on India with the assistance of a hopeless Pakistan? The answer is an emphatic ‘No’,” he says.
“It looks likely that after the first 2-3 years of resistance, the militancy will start crumbling gradually in the Valley. Because of the extreme radicalisation in the region, they may manage to hold out for another 4-5 years at the most. Thus, in a period of 8-10 years, the militancy in Jammu and Kashmir is likely to be brought to an ineffectual state,” he writes.
By then, he says, Pakistan would possibly be in such a financial mess that they would be forced to look towards India, which will be on the way to becoming an economic giant, possibly the third largest in the world.
He says the Kashmir imbroglio was primarily the outcome of the Pakistan-sponsored proxy war, and their greatest success has been in deeply radicalising the somewhat confused and disillusioned people of the Valley.
“Radicalisation in the Valley is a critical, perhaps the most critical, factor now. These Kashmiris are, however, the same people who welcomed the Indian forces in 1947 with open arms and friendly slogans such as ‘Hamlawar hoshiar, hum Kashmiri Hindu, Muslim, Sikh taiyar’ (Attackers beware, we Kashmiri Hindus, Muslims, Sikhs are ready). Also, they are the same people who gave early warning about the intrusions by Pakistani forces in 1965 and 1971 and even during the Kargil war in 1999,” the book says.
“Once they see the economic progress and prosperity in the state, the better quality of education, better job opportunities, and the constant dialogues going on with them, including with religious teachers (maulvis), and they lose faith in Pakistan’s ability to help them, they are likely to be more rational and amenable to a balanced solution and turn positively towards India,” it says.
According to the author, the biggest priority and challenge before the central government will be to re-establish law and order, get the routine of daily life restarted and provide a first-rate administration.
Terrorism itself should be dealt with an iron fist, he says.
“The government should also work towards holding assembly elections in Jammu and Kashmir as soon as the security situation improves and the proposed delimitation has been carried out. Restoring the democratic process at the earliest must remain a priority,” he suggests.
“Bringing the Kashmiri Pandits back to their homeland in Jammu and Kashmir will be a litmus test of the success of India’s Jammu and Kashmir policy. Finally, full statehood must be restored to Jammu and Kashmir (less Kargil and Ladakh) in a reasonable time frame,” he adds.
The book has a foreword by veteran Congress leader Karan Singh who says all those concerned with the situation in Jammu and Kashmir, particularly those in positions of authority, would do well to take Vij’s “valuable suggestions with regard to the security, strategic, diplomatic and political challenges” seriously.