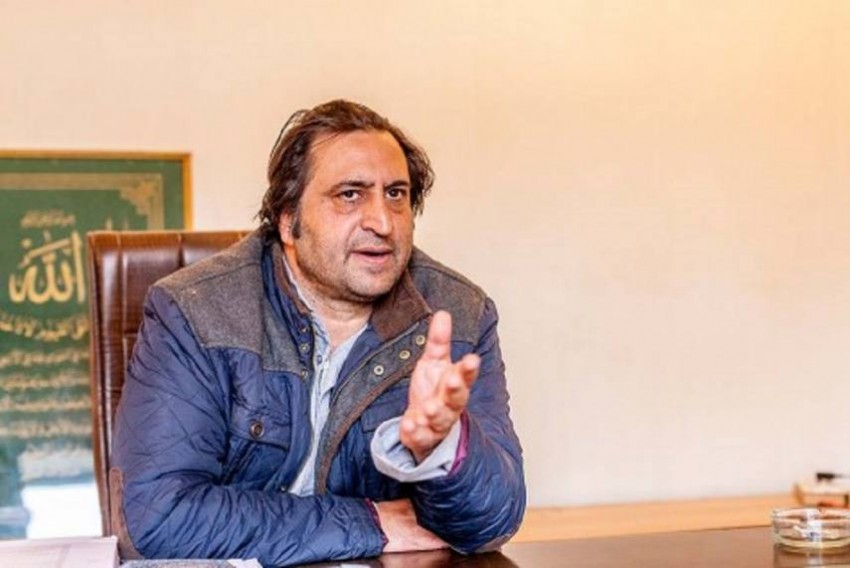 Srinagar, Dec 22 ( KINS): Peoples Conference President Sajad Lone on Wednesday hit out at Peoples Alliance for Gupkar Declaration (PAGD) and asked them to stop “lying” through their teeth.

Lone was responding to a news report that said the PAGD – an alliance of several mainstream political parties seeking the reversal of the abrogation of J&K’s special status – would challenge the Delimitation Panel report in the Supreme Court collectively, if it was not changed.

“Will somebody please enlighten them. This report cannot be challenged in court. It is legally unchallengeable. Heavens sake. Stop lying through your teeth,” Lone said in a series of tweets.

Lone again hit out at the National Conference for bestowing political legitimacy to the panel.

“Don’t the people of Kashmir deserve – that 3 MPs should have known that – they will be legitimising the delimitation commission and a document— which cannot be legally challenged. Legal legitimacy is constitutionally innate. Political legitimacy has been bestowed by NC,” he said

“Going by sub- section 2 of section 10 of Delimitation Act, the orders of the Commission have force of the law and shall not be called in question in any court,” he added.

On Monday Lone was among the first politicians to hit out at the panel’s recommendations- which suggested six additional constituencies for Jammu and one for Kashmir. A political storm has brewed with Kashmiri politicians alleging that “BJP’s agenda has been carried forward” by the panel.

The PAGD on Tuesday termed the panel’s recommendations as “divisive” for Jammu and Kashmir.

The additional spokesperson of NC, Ifra Jan hit out at Lone saying he and his party had also met the Delimitation Panel

“But didn’t the PC representatives including you, MEET them in Lalit and bestowed political legitimacy by meeting & endorsing them. Now that their report is not what you were expecting it to be, suddenly you realise that you shouldn’t have done that?” she asked. (KINS)

No respite from street dog population in Srinagar city

Four probes ordered against EOs in ULB for inquiry into illegal appointments, mismanagement