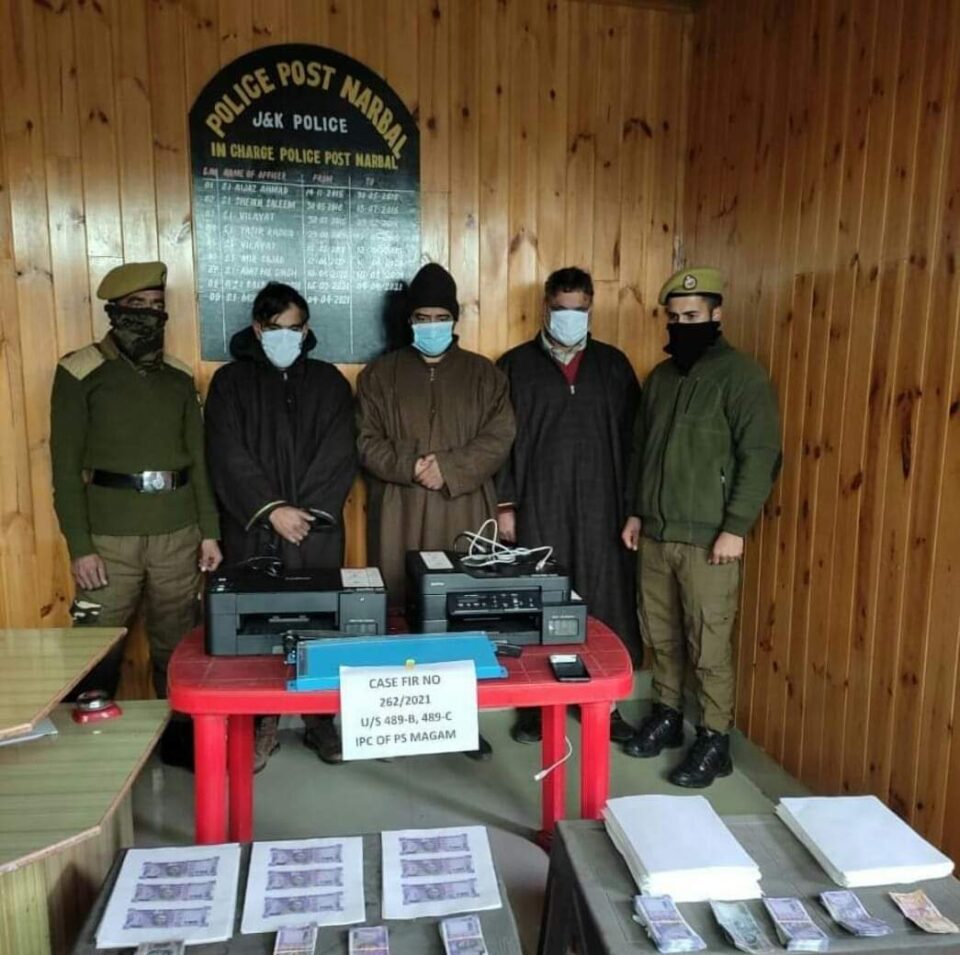 Through a press release, the police informed that during checking at Narbal area, the police party intercepted a vehicle driven by Taufeeq Hussain Khawaja, a resident of Baliharan Singhpora Pattan Baramulla.

“During the search, printed counterfeit currency notes worth Rs 45,000 were recovered from the vehicle,” they said.

Later, the police also said that Khawaja confessed to his involvement in printing fake currency notes at his home at Baliharan Singhpora Baramulla.

“Later, a raid was carried out at his house and items used for printing counterfeit currency notes were recovered,” they said.

The police said that the accused also revealed the names of two of his associates- Farooq Ahmad Ganaie and Abdul Hamid Ganaie, who were circulating the fake currency notes in the market.

“All of the accused have been arrested and taken to Narbal police outpost where they remain in custody,” the police said.

A case under relevant sections of the Indian Penal Code (IPC) has been registered at Magam police station. Further investigation is on. (KINS)

January 6, 1993: When 57 innocent civilians in North Kashmir were put to death