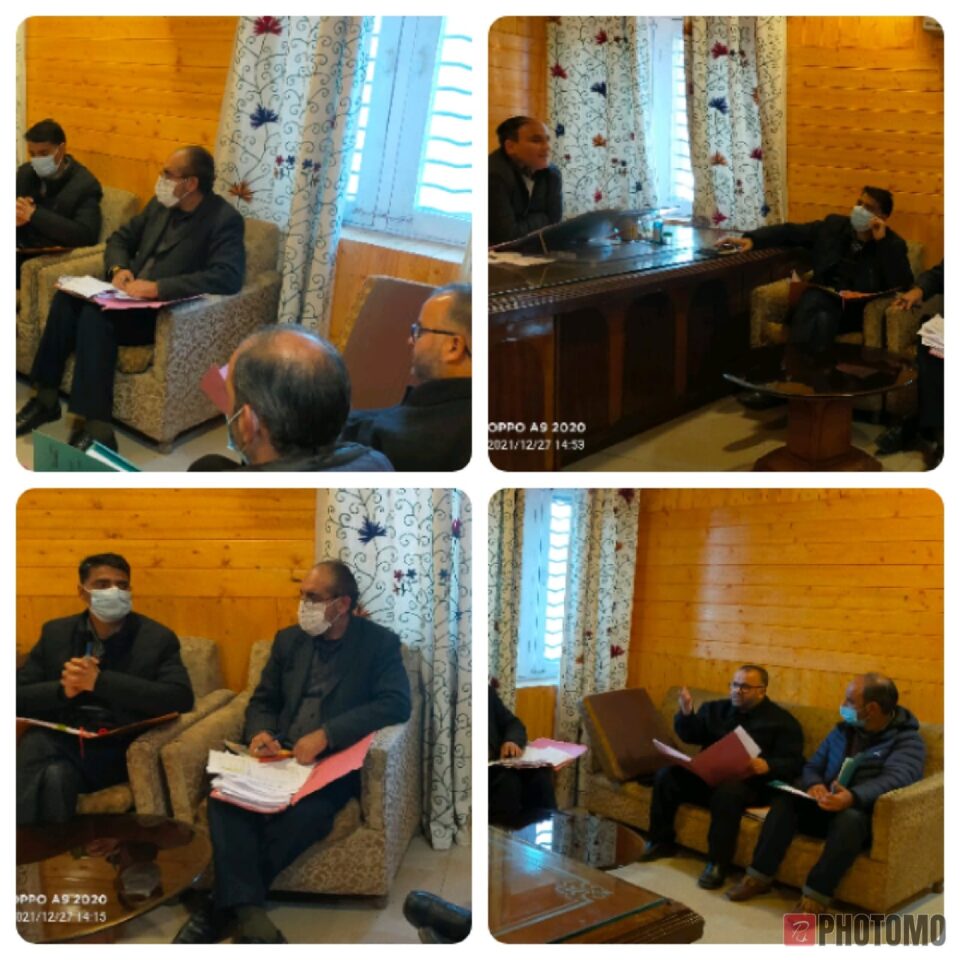 ANANTNAG, DECEMBER 27 ( KINS): To review the progress achieved under centrally sponsored schemes under implementation by Agriculture and Horticulture departments in the district, a meeting was held today under the chairmanship of ADDC Anantnag at D.C office, here.

Assessing the progress and target achievements, the ADDC stressed upon the officers to expedite the process to achieve the physical and financial targets well in time to avoid the lapse of funds.

Agriculture and Horticulture sectors are the backbone of rural economy and development of these sectors is essential for rural prosperity added the ADDC.

The meeting among others was attended by the CPO and other concerned officers besides officials of Agriculture and Horticulture departments.( KINS)