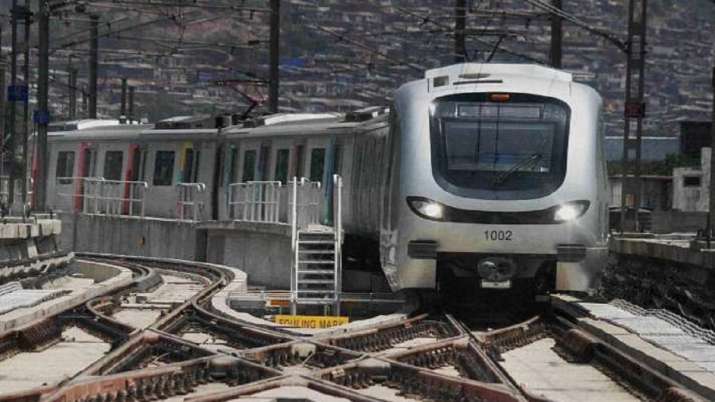 Jammu , Dec 27 ( KINS) Union Minister for Housing and Urban Affairs Hardeep Singh Puri on Monday said the proposals for metro rail projects in Jammu and Srinagar cities are in final stage of approval from the Public Investment Board.
Addressing Jammu & Kashmir Real Estate Summit, Puri urged the UT government to organise an annual summit like World Economic Forum at Davos, in J&K and assured full support from the Centre.
The minister highlighted that metro projects will soon be a reality in J&K.
“Metro projects are in final stage of PIB approval,” Puri said.
He further said the Centre would consider the demand to extend the metro projects to the proposed AIIMS hospital outside Jammu.
He complimented the J&K government for implementing the Real Estate Regulatory Authority (RERA) law and also Model Tenancy Act, circulated by the Centre to all states and UTs.
He also praised the UT government for implementation of Prime Minister Awas Yojana (PMAY) under which nearly 13,000 houses have been completed out of around 80,000 units.
Puri noted that real estate is second largest employment generator in the country and it has a multiplier effect in the overall economy.
He said the states which have done well in real estate are on top of the economic index.
Puri also sought to allay apprehensions that investments in J&K will lead to unemployment. The minister was surprised over this “nonsensical argument” and wondered how someone can get away with such false logic.
He said there is a huge demand of real estate in the UT, there is a demand of up to 3 lakh units in housing and hotel segments.
The UT has the land and also demand for real estate development, he pointed out.
For ease of doing business, he stressed on the need for a single-window clearance for giving approval to real estate projects.
Puri said there will be impediments like updation of land records and it will take some time to realise the potential.
In his address to investors at the summit, Union Minister Jitendra Singh said investors have come here not to earn profits but to inculcate culture of business. He said the mindset of business culture has to change.
Allaying apprehensions that outside investments in Jammu and Kashmir will increase unemployment, he said in fact it will provide employment and ensure development.
Batting strongly for taking a cue from northern-eastern model of development, he said if the north-east can be built as development role model of India, J&K can also move forward on this pattern of development journey.
Union Housing and Urban Affairs Secretary Durga Shanker Mishra also said metro projects will soon commence in J&K.
He said the UT government has agreed to create a separate cell to facilitate investments in J&K.
The development of real estate projects will usher change in J&K and open up lots of economic opportunities.( KINS)

‘No need for it’: J&K Lt Governor Manoj Sinha rules out possibility of AFSPA repeal