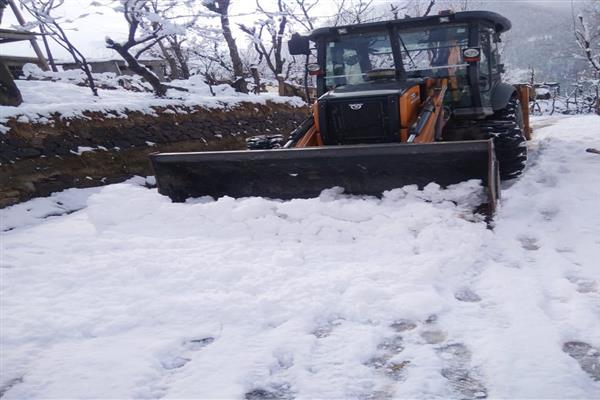 Jammu , Dec 27 ( KINS) Snow-clearing operations are underway on the Mughal Road in Jammu and Kashmir’s Rajouri on Monday.

The roads here have been covered with a thick layer of snow and the clearing operations are in process, using heavy machinery such as JCB.

As per the District Adminstration poonch, ” Snow clearance work has been launched at loran- Mandi area and on Mughal road from Bufliaz to panar bridge to poshana army camp.”

Jammu and Kashmir Traffic department said that no traffic movement shall be allowed on Mughal Road in view of snow accumulation on Tuesday.

The 84-kilometre stretch that connects Shopian in the Kashmir division with Poonch and Rajouri in the Jammu division remained closed fpr the consecutive fifth day due to the fresh snowfall. About 10 to 20 km are prone to high danger avalanches.( KINS)

COVID-19 vaccination: Registration for children aged 15-18 to begin from Jan 1