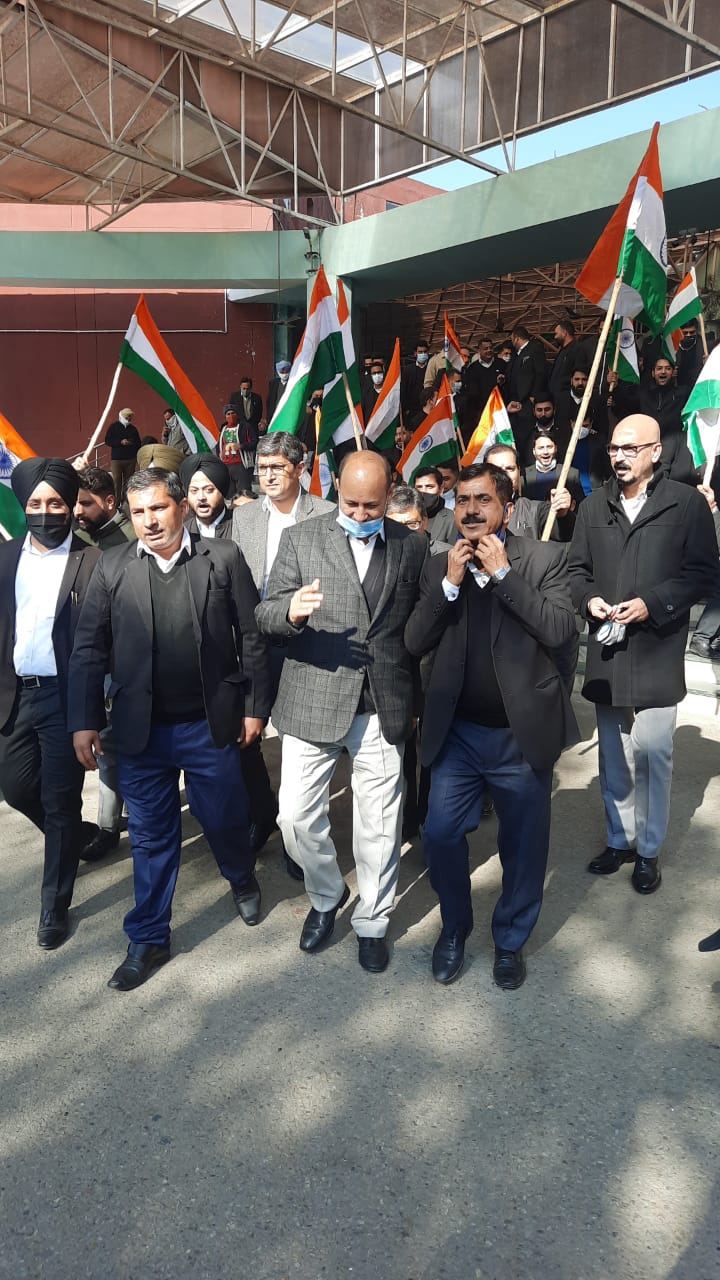 In order to take out a successful protest rally,  J&K High Court Bar Association, Jammu, today abstained from work in all the Courts including the  High Court of J&K, Commissions & Tribunal etc While protesting, the lawyers raised slogans in support of the demands. Mr. M.K. Bhardwaj, while addressing the protesting lawyers spoke in detail in support of the  genuine demands of the Association which are as :

M.K. Bhardwaj appealed to all the members of the Legal Fraternity of  the  union territory of J&K and Civil society  to get united for any struggle in future, in case , the above mentioned  genuine demands are not fulfilled