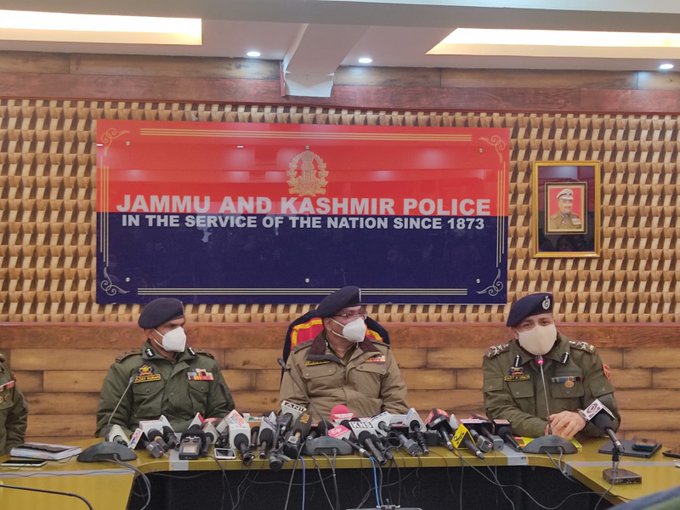 The Police said  such speculative statements from the political leaders have a tendency to create provocation, rumour, fear and alarm among the general masses or particular section of society.

On Tuesday the SIT head Sujit Kumar, who is Deputy Inspector General central Kashmir, said that the building owner Altaf Bhat – one of the four killed in Hyderpora  was used as human shield by foreign terrorist and was killed in crossfire. The SIT head said Dr Mudasir Gul was killed by the Pakistani terrorist in the attic of the building as perhaps he received instructions from outside that Gul may have been behind the operation.

However, mainstream politicians hit out at the probe.

“Today SIT came across with several posts on media from some political leaders and family members wherein they have cast doubts upon the evidences obtained by SIT so far. These people have tried to call it “Concocted Cover up Story”, “Ornamental Probe”,  “Clean Chit to Killers”, “Fairy Tale of Police” etc,” a statement by Chairman SIT said.

It said that District Magistrate also initiated enquiry under section 176 Cr. Pc and accordingly the enquiry officer November 18, issued a general notice through the electronic and print media and invited members of the general public to record his/her statement if any such person has any acquaintance or knowledge or proof regarding the incident.

“All such person making statements should have approached the enquiry officer with genuine evidences they have, for corroboration or contradiction of the facts surfaced in the case,” the statement said.

“The SIT constituted in the instant case is still investigating the matter, all such persons are once again advised to provide any type of evidence if they have regarding the incident so that every aspect of investigation is covered and concluded on merits,” the statement added.

“Such speculative statements from the political leaders have tendency to create provocation, rumour, fear and alarm among the general masses or particular section of society. This kind of approach is against the rule of law and may attract appropriate penal provisions as envisaged under law,” the statement added.( KINS)

ACB Arrests Patwari, His ‘Agent’ On Graft Charges in Budgam

Various sporting activities will be held during B2V-3 across J&K: Sarmad Hafeez