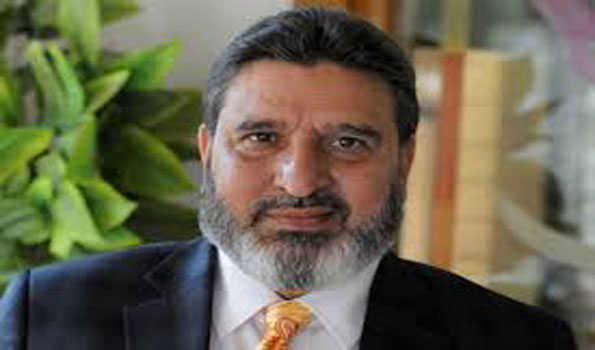 Srinagar, Dec 30 (KINS) Apni Party President Altaf Bukhari on Thursday urged the government to immediately resolve the issues faced by the advocate fraternity and demanded re-constitution of the Human Rights Commission in Jammu and Kashmir.

In a statement issued here, Bukhari said the demands raised by the members of the J&K High Court Bar Association at Jammu need to be addressed in order to resume the legal work in the courts without failure.

“Re-establishing of District Consumer forums and Consumer Dispute Redressal Commissions are two plausible demands that will eventually benefit the local populace living in the UT. It will ensure that consumer rights are protected and the legal procedures are thoroughly followed,” Bukhari remarked.

He also corroborated the demand for the re-constitution of the Human Rights Commission in the Union Territory of Jammu and Kashmir while terming it highly imperative to put a check on human rights violations across the region.

“Human Rights Commission was an autonomous body in the erstwhile state of J&K which possessed quasi-judicial powers to investigate any violation of human rights. This body needs to be reconstituted to maintain transparency,” he added.

He also said shifting of the Central Administrative Tribunal (CAT) within the court premises at Janipur and registration work from revenue departments to judicial magistrates needs to be considered by the administrative authorities at the earliest.

Bukhari also corroborated the demand for the creation of Permanent DRT Bench for Jammu and adequate stipend for young lawyers to support them in their early years of service must be incorporated as well.( KINS)