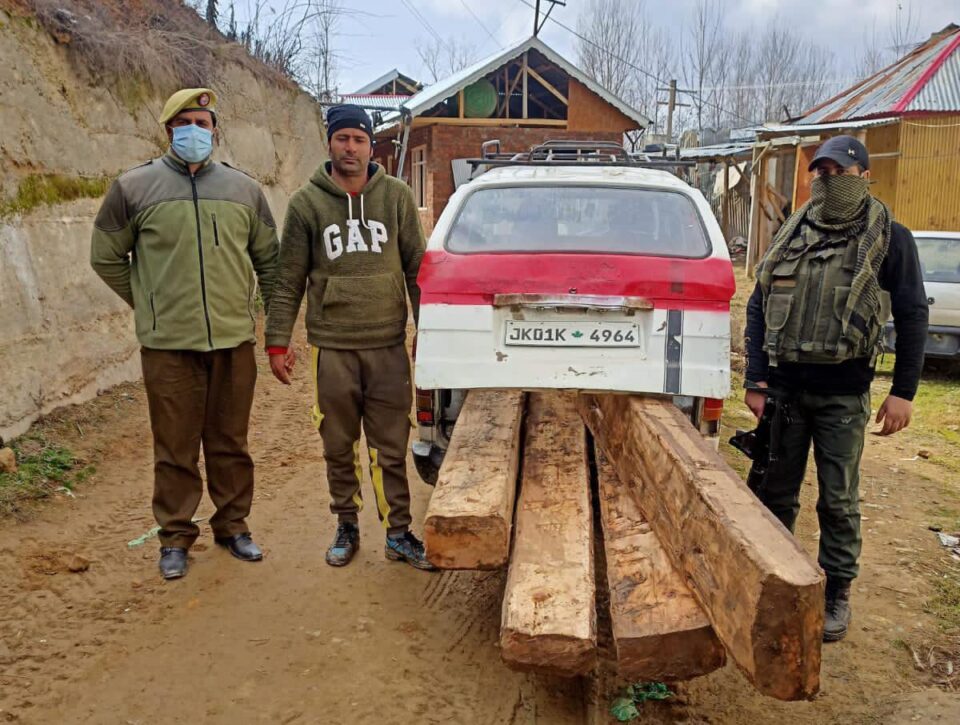 February 02: Police in Bandipora have recovered illicit forest timber and arrested an accused person involved in the commission of crime.

Acting on specific information regarding timber smuggling, a police party of Police Post Aloosa under supervision of DySP Hqrs Bandipora at a checkpoint established at Aloosa Chowk intercepted a vehicle bearing registration number JK01K-4964 drive by one person Mudasir Ahmad Dar son of Mohd Yousf Dar resident of Illahipora Aloos. During checking, huge quantity of illicit forest timber was recovered from the said vehicle. The accused person who is a notorious illicit timber was arrested and shifted to police station where he remains in custody. Vehicle used in the commission of crime has also been seized.

Accordingly, a case under relevant sections of law has been registered in Police Station Bandipora and further investigation is going on.

Our consistent actions against anti social elements should reassure the community members that we are making every effort to keep our society free of crime. Police has resolved to act as per law against those who indulge in criminal activities.

Election security boots in Baramulla ahead of LS polls