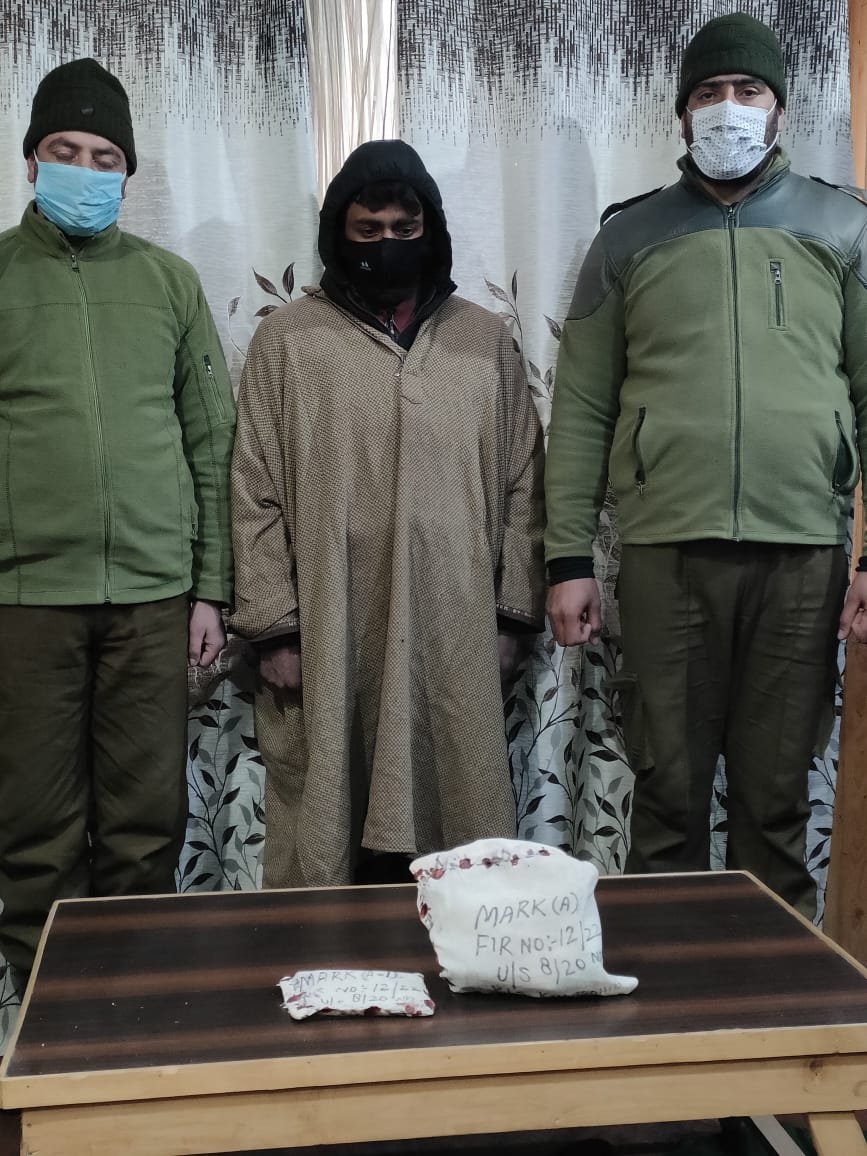 February 03: Continuing its efforts to eradicate the menace of drugs from the society, Police have arrested a drug peddler in Budgam and recovered contraband substance from his possession.

A Police party from PS Khansahib at a checkpoint established at Katresh Wooder and intercepted a person riding a motorcycle bearing registration No. JKO2CF-3344. He has been identified as Mohammad Ashraf Kumar son of Abdul Gaffar Kumar resident of Yarikha Khansahib. During checking, officers were able to recover 900grams of Charas from his possession. He has been arrested and shifted to police station where he remains in custody. Motorcycle used in the commission of the crime has also been seized.

Accordingly, a case vide FIR No.12/2022 under relevant sections of law stands registered at Police station Khansahib and investigation has been taken up.

Community members are requested to come forward with any information regarding drug peddlers in their neighbourhood. Persons found indulging in drug peddling will be dealt as per law. Our consistent actions against drug peddlers should reassure the community members that we are making efforts to keep our society free from the scourge of drug menace.

Two Drug Peddlers Arrested, One Booked Under PSA In Kashmir