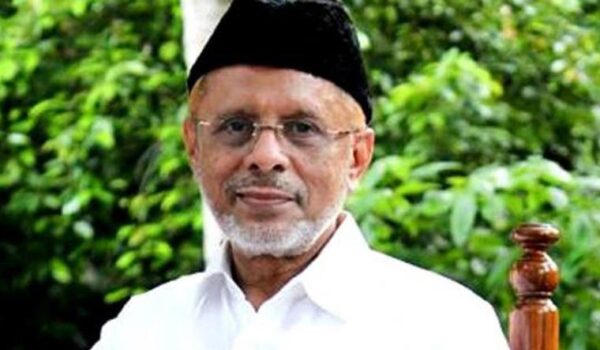 Thangal (74) was suffering from cancer.

A member of the Pukkoya family of Panakkad, Malappuram, he was elected the successor to Panakkad Sayeed Mohammedali Shihab Thangal and became the state president of IUML in 2009.

Before that, he was the Malappuram district president of the Muslim League for 18 years.

Hyder Ali Shihab Thangal was also the Vice President of the EK faction of Samastha Kerala Jamiyyathul Ulama, one of the Sunni Muslim organisations in Kerala.

Congress MP Shashi Tharoor described Thangal as a “diminutive giant of Kerala politics” as he tweeted about his demise.

Former Jammu and Kashmir chief minister Ghulam Nabi Azad tweeted Thangal “was an extremely humble person, I had close interaction with him for the past few years”.