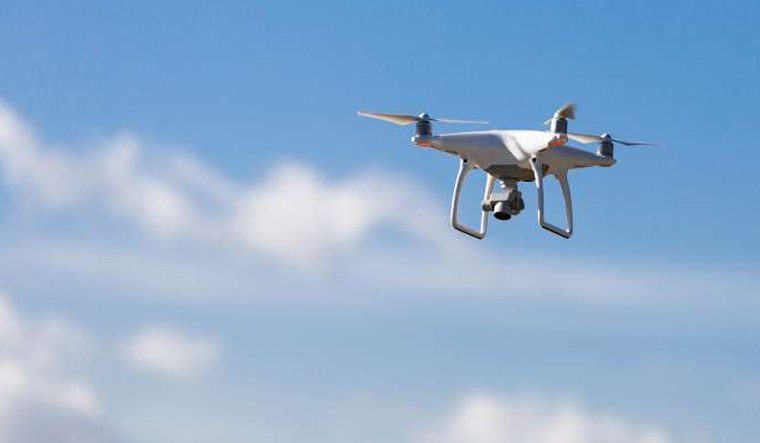 New Delhi, March 7 ( KINS) A Pakistani drone carrying over 4 kgs of suspected contraband was shot down by the Border Security Force (BSF) along the international border in Punjab’s Ferozpur sector on Monday, an official said.

The quadcopter was detected around 3 am after troops heard a humming sound. They illuminated the area with ”para bombs” to aim at the drone, a BSF spokesperson said.
He said a small green coloured bag was attached to the drone and it contained four packets in yellow wrappings and one small packet in a black wrapping.
The gross weight of the suspected contraband item is about 4.17 kgs, with packing material, and the packet wrapped in black weighs about 250 grams, the spokesperson said.

Pakistan can neither fight a full-fledged nor a limited war with India: Rajnath Singh