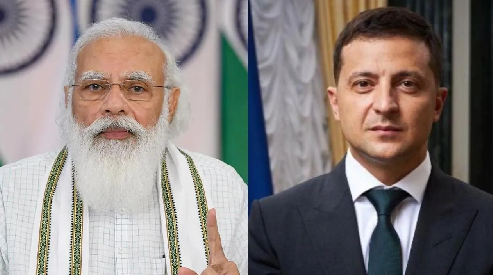 In a phone conversation that lasted for around 35 minutes, Prime Minister Modi thanked President Zelenskyy for the help extended by the government of Ukraine in evacuation of Indian nationals from Ukraine, official sources said.

“Prime Minister Modi sought continued support from the government of Ukraine in ongoing efforts for evacuation of Indian nationals from Sumy,” a source said about the talks.

The sources said the two leaders discussed the evolving situation in Ukraine. Modi appreciated the continuing direct dialogue between Russia and Ukraine, they said. It was the second telephonic conversation between Modi and Zelenskyy after the conflict began in Ukraine.

Four JeM Militants Nabbed Between 2014-17 Were Trained At Balakot

10 killed in explosion at shop in UP