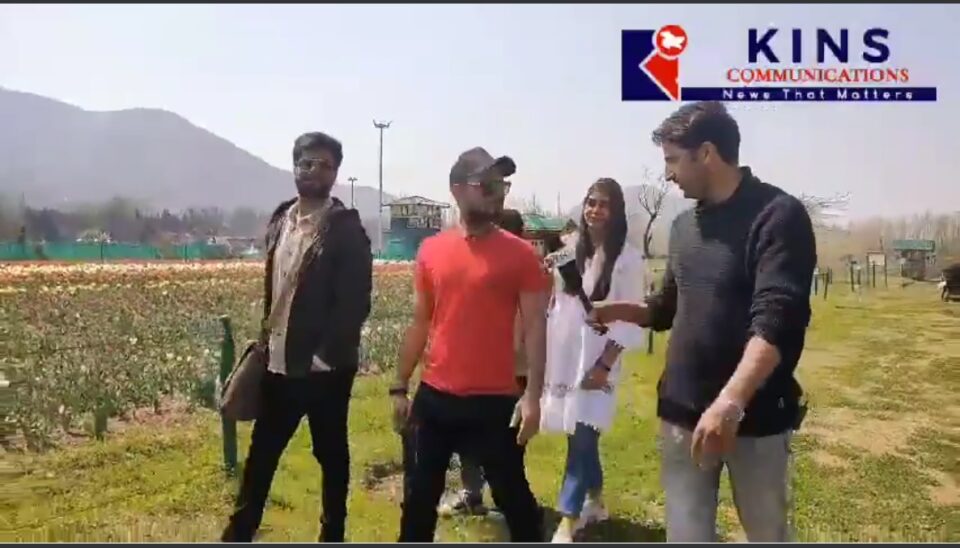 Srinagar: Jammu and Kashmir administration on Wednesday said that Kashmir has recorded highest—ever tourist footfall in last six months and that a further increase in tourist arrivals was expected in the months ahead.

After inaugurating the Tulip festival at Asia’s largest Tulip garden, Chief Secretary of JK administration AK Mehta told reporters that Kashmir in the month of March so far has recorded the highest-ever tourist footfall and in the last six months, the number of tourists visiting Kashmir remained all-time high.

The famous Tulip garden was also thrown open for the general public.

As per news agency Kashmir News Observer, the Chief Secretary said the figure is highest-ever so far compared to any season whether COVID or before, adding that the administration is expecting a further increase in the footfall of tourists in Kashmir.

He added that 15 lakh tulips with 68 verities will mesmerize the tourists this season.

Meanwhile, a large number of tourists and locals thronged the garden on the first day amid a series of musical and cultural events.

Shab-e-Qadar, night of power and blessings, observed in Kashmir

NC vs PDP : No cake walk for Farooq Abdullah in Srinagar