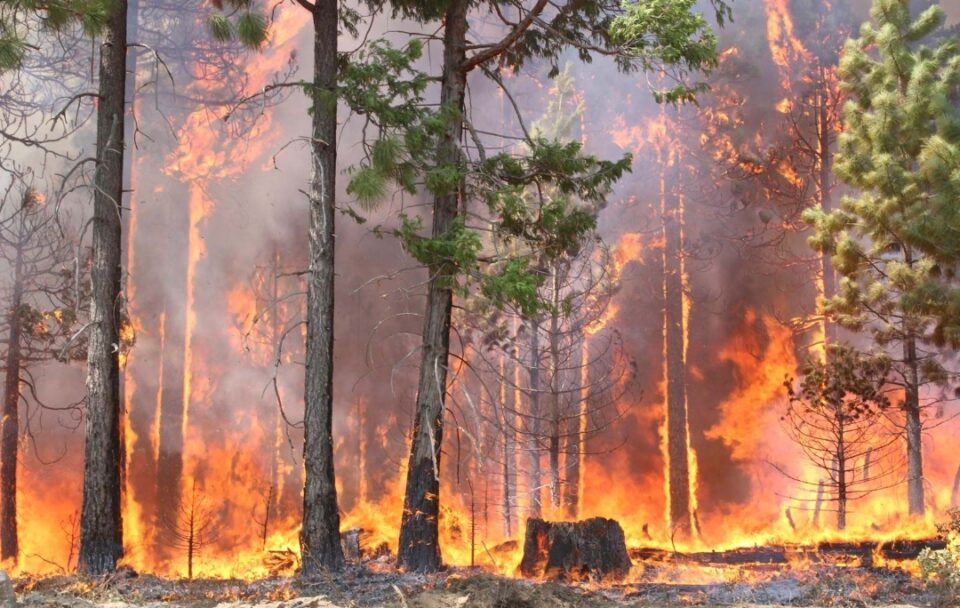 Srinagar April 01 (KINS): Jammu and Kashmir reports one forest fire daily with official documents say that 95 such incidents are man-made.

According to the official figures, every year 350 forest fires get reported in Jammu and Kashmir, indicating that one such incident occurs daily.

An official document says the natural causes of forest fires are reported to be less than 5% of the total number of fires caused in a year while 95 percent are man made that could be prevented by preventive measures by the government and the people alike.

“The natural causes normally start forest fires by lightning. These fires are normally rare. Even in the country the natural causes are reported to be less than five percent of the total number of fires caused in a year. The most common cause of forest fire is man-made which can be either because of carelessness or deliberate and intentional,” the document reads, a copy of which lies with news agency KINS.

A senior official of the Forest Department suggested the government to take some measures to prevent man made forest fires in Jammu and Kashmir.

“There needs to be connectivity by  providing wireless sets / cell phones, mobility facilities (some pickup Vans) and proper gear for the staff to save themselves from any injury while extinguishing fires, first aid kits for emergencies and tools for carrying out the fire control operations,” the official said.

He said that the increase in forest fires happen due to non-demarcation of forest land in Jammu and Kashmir. “Had the forests been demarcated, less such incidents would have happened,” the official said.

The official said that thousands of kanals of forest land are still under encroachment and the government has failed to retrieve that from encroachers. (KINS)

Lt Governor takes first dose of COVID-19 vaccine
Appeals all eligible citizens of J&K, to come forward and get vaccinated