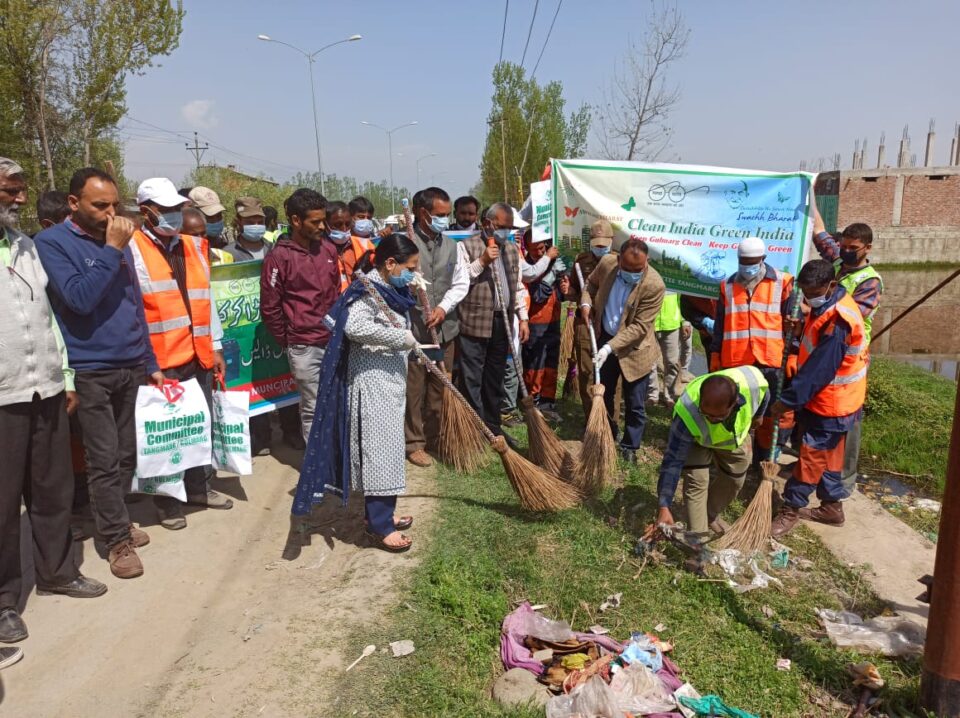 Div Com Kashmir participates in the drive, urges tourists not to use polythene & single use plastic

Srinagar April 01 (KINS): As per the instructions of Principal Secretary, Housing & Urban Development Department, Dheeraj Gupta, a special sanitation drive was started from 24th March by the Department of Urban Local Bodies (ULB) Kashmir from the outskirts of Srinagar City to famous tourist destination ‘Gulmarg’.

The Div Com interacted with the tourists and locals and requested them not to use polythene and single use plastic in their daily routine.

Pole emphasized upon the people not to litter waste in and around their habitations and the dustbins provided by Municipal Committees shall be used appropriately and to cooperate with the sanitation staff of Municipal Committees during door to door collection of the waste from the households.

The Director, ULBK distributed non-woven bags among the visitors as a replacement to inculcate the habit of avoiding use of polythene and plastic bags.

The elected representatives’ along with officers of ULB, Kashmir and sanitation staff of Municipal Councils/ Committees of Ganderbal, Kunzer, Pattan, Beerwah, Magam and Tangmarg/ Gulmarg have carried out the drive.

Meanwhile, the staff of the sanitation wings of ULB, Kashmir has carried out the sanitation/ cleanliness of main roads and its surroundings by utilizing the men and machinery of their ULBs.

Till date, 105 tons of waste consisting of household waste as well as polythene has been collected, which was littered on both sides of road leading to Gulmarg. (KINS)

J&K reports one forest fire daily, ‘95% incidents are man made’

Govt intends to reopen schools from mid June, Directors asked to make availability of safety items to students and staff