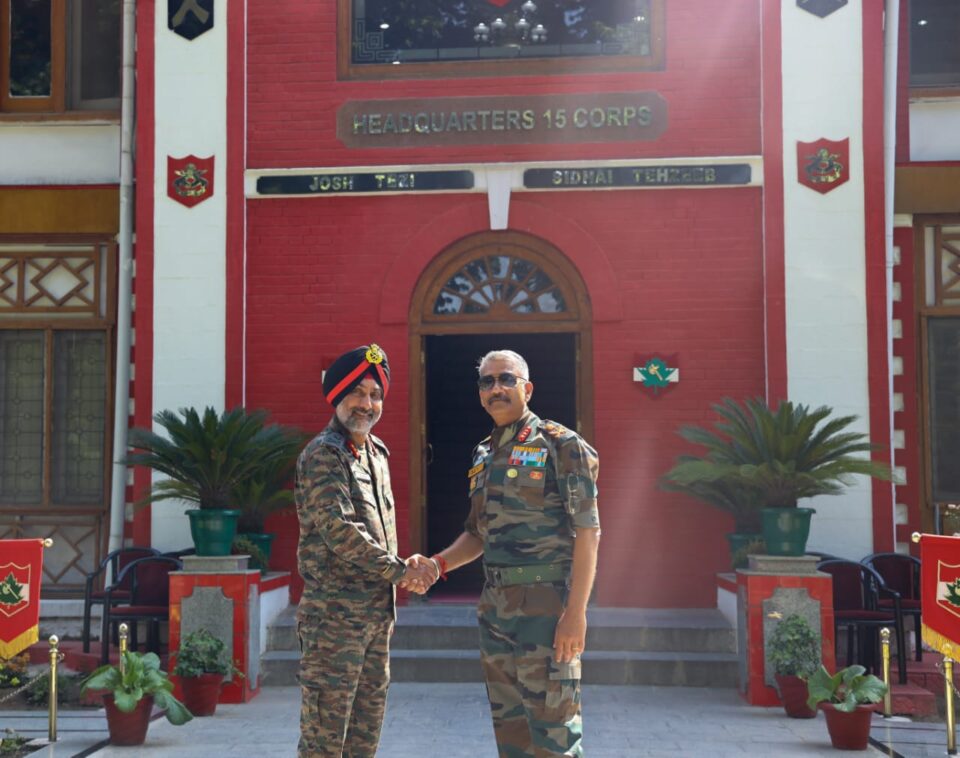 Srinagar, May 10 (KINS): Lt Gen Amardeep Singh Aujla assumed command of the strategic Kashmir based Chinar Corps on 10 May 22.

According to statement issued to news agency KINS the Army said that on taking over the command, he paid homage at the Chinar Corps Memorial at Badami Bagh Cantonment in Srinagar.

“The General addressed and interacted with troops of Chinar Corps and exhorted them to continue to work with unflinching dedication and perseverance in ‘Pursuit of Peace and Stability in Kashmir’. He asked all combatants to take additional steps required to connect with citizens in order to jointly work towards the common cause. Lt Gen ADS Aujla, an alumnus of the Indian Military Academy, Dehradun, was commissioned in December 1987 and has had an illustrious military career spanning 35 years during which he has held varied prestigious command, staff and instructional appointments. As Brigade Major, the General Officer has served in the desert sector during ‘Operation Parakram’. He has served as Brigadier General Staff in Chinar Corps and Major General General Staff in Northern Command during turmoil years in Kashmir wherein he was solely responsible for the Counter Terrorism operations. In his command tenures, he has commanded a Rajputana Rifles Battalion in Desert. As Brigade Commander, Pharkian Brigade, he has served along Line of Control before he took over as General Officer Commanding Vajra Division in Kashmir. The General Officer has an incisive understanding of Jammu & Kashmir, having served here for multiple tenures since 1987. He is a postgraduate from Defence Services Staff College, Wellington (Tamil Nadu), Higher Command Course, Army War College, Mhow & National Defence College, New Delhi. Prior to this appointment, Lt Gen ADS Aujla held an important appointment at Army Headquarters in Director General of Information Technology (DG IT). On assuming command, Lt Gen ADS Aujla conveyed his greetings to the citizens of Kashmir. He reiterated his commitment to closely work with various instruments of civil administration and society to further the cause of peace and prosperity in Kashmir. He expressed satisfaction at the improved security parameters in the Valley and is optimistic that even the ceasefire agreement along the Line of Control will further enable improvement of overall security situation. He called for civil society to come forward and jointly work with security forces to address the scourge of terrorism. Lt Gen Aujla stated that, together with the support of all community members, Kashmir will move one step closer to its glorious past while leaping forward in the development barometers“.

No day passes without youth being butchered by forces: Geelani