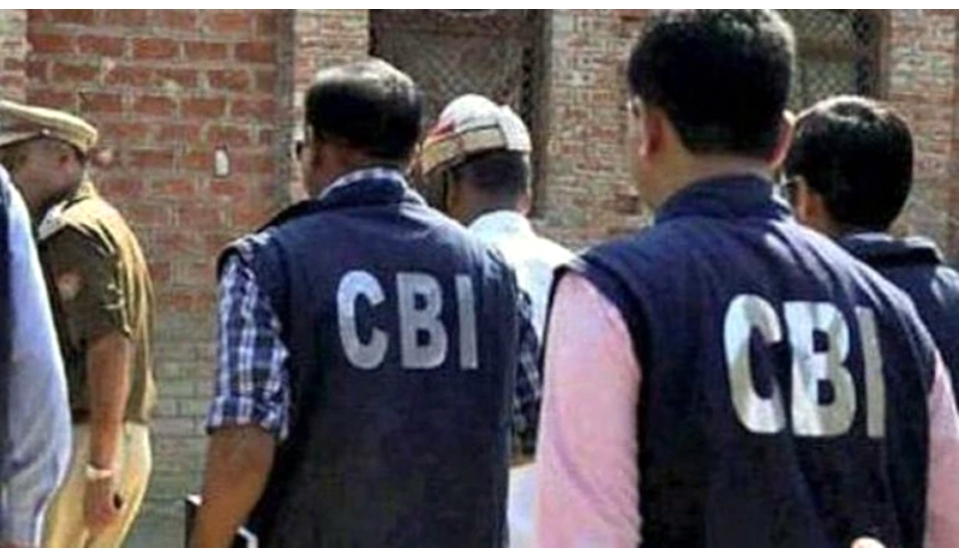 JAMMU/SRINAGAR, May 10: The Central Bureau of Investigations (CBI) today conducted simultaneous raids at Jammu, Srinagar and Mumbai at eight locations including residences of former Finance Minister and Jammu and Kashmir Bank Limited (JKBL) chairman Dr Haseeb Drabu, two former Directors and an ex-Executive Director in Rs 180 crore scam for purchase of building for the bank in Mumbai in 2010.

The searches were conducted in Mumbai, Srinagar and Jammu after the agency registered an FIR on November 11 last year in the purchase of the Akruti Gold Building for around Rs 180 crore by the bank for its integrated office in Mumbai.
The property was reportedly acquired to benefit the builder as sufficient space was already available with the Bank in Mumbai, an FIR lodged by the CBI after the case was handed over to it by the General Administration Department (GAD) of Jammu and Kashmir Government on August 11, 2021, said.
In Jammu, the CBI conducted raids at two houses of then Executive Director of the Bank Ashok Kumar Mehta–one at Gandhi Nagar (ancestral property) and another at Greater Kailash (owned by Mehta himself) and seized large number of documents and gadgetries.
Three other persons whose premises were searched in Srinagar and Mumbai include Dr Haseeb Drabu, then Chairman of J&K Bank, MA Shahdad and Vikrant Kuthiala, then Directors.
Though the case pertained when Dr Haseeb Drabu was Chairman of J&K Bank, he also remained Finance Minister of erstwhile State during PDP-BJP coalition Government from 2015-18.
CBI had earlier also conducted searches at various locations including Mumbai, Hyderabad and Kolkata in the case.
Earlier last month, the Enforcement Directorate questioned former Chief Minister Omar Abdullah in the same case.
Omar was questioned by the ED at New Delhi for about five hours on April 7 after he was summoned by the Directorate.
The Mumbai-based Director of the Bank, Nihal Chandrakant Garware, had played a crucial role in the deal and allegedly siphoned off crores of rupees from the bank through this property deal.
Garware was arrested in the case.
In the case filed last year, it has been alleged that the bank had approved the purchase of a 42,000-sq ft property for Rs 109 crore. But ultimately, a two-member committee headed by Drabu and the then bank board, approved the purchase of 65,000 square feet of property at a cost of Rs 172 crore.
Details in the CBI FIR revealed that lowest bids offered by Ashapura Builders (Hallmark Business Plaza) were twice rejected by the Estates Committee of the bank to give undue benefit to Akruti Gold BKC.
Enquiry conducted by the CBI said that an advertisement was issued by Jammu and Kashmir Bank on November 6, 2008 in which offers were invited for outright sale of integrated office premises at Bandra Kurla in Mumbai requiring 20000 square feet space for the Bank.
Twenty five offers were received and eight of them were shortlisted. Out of the offers received, eight properties Ashapura Builders (Hallmark Business Plaza), Topaz Akruti, Crescenzo (BKC), Platin BKC, Naman Centre, Golden Homeland agencies (Wockhardt), Windsor and KRC Towers were shortlisted.
Among shortlisted properties, the rates offered by Ashapura Builders (Hallmark Business Plaza) were lowest at Rs 25,000 per square feet The same builder offered third floor of the building measuring 30000 square feet at Rs 22,500 per square feet for chargeable area.
“The application was processed and submitted to then Chairman of the Bank (Dr Haseeb Drabu) but no decision was taken regarding finalization of contract with Ashapura builders and instead, a committee was constituted with approval of the Chairman to take a view. The Committee did nothing,” the FIR revealed.
Enquiry conducted by the CBI further revealed that on the directions of Corporate Headquarters of Jammu and Kashmir Bank, the Zonal Head Mumbai published another advertisement on January 14, 2010 inviting bids for outright purchase with office space comprising 25,000-30,000 square feet.
Again, 23 offers were received. Yet again Ashapura Builders quoted lowest rate of Rs 25,000 per square feet. The Bank, however, paid no heed to lowest rates and on February 25, 2010, the Director Estate Committee briefed the Board members about site inspections of shortlisted properties conducted by the Bank.
The members were informed that amongst the shortlisted properties Akruti Gold KBC meets requirements of the bank. The total chargeable area of the building offered by Akruti Gold was 42,000 square feet and rate quoted was Rs 26,000 per square feet which roughly works out to Rs 109 crore for entire building and Rs 73 crore for proposed six floors.
“Though Ashapura Builders again quoted the lowest rate of Rs 25,000 per sq ft, it has been found that no heed once again was paid to the lowest rate…,” the FIR alleged.
The FIR said the Board members allegedly gave approval to the proposal and decided that the bank should enter into negotiations with the builders for purchasing the entire building.
“Negotiations were held with Akruti Gold BKC and finally the rate was finalised at Rs 26,000 per sq ft for nine floors having total chargeable area of 63,776 sq ft. A letter of intent was signed with the builder and a token money of Rs 25 crore was paid to developer Vishal Techno Commerce Limited,” it alleged.
The FIR said there was sufficient space available with J&K Bank for functioning of its branch at Bandra Kurla, Zonal Office and Treasury and as such there was no requirement of purchasing any additional accommodation.
“The Zonal Office Mumbai, Branch Bandra Kurla and Treasury were already functioning in the bank’s own buildings. The advertisements issued were for 20,000 sq ft and 20,000-30,000 sq ft respectively in response to which, the rates offered by Ashapura Builders were Rs 25,000 and Rs 22,000 per sq ft,” it alleged.
The CBI alleged that as part of a “criminal conspiracy hatched among the officers/officials of J&K Bank and the owners of Akruti Gold BKC”, officers of J&K Bank approved purchase of 65,065 sq ft at Rs 26,000 per sq ft on highly exorbitant consideration of Rs 180.57 crore “in blatant disregard to the tendering process with consequent loss to the bank exchequer.”
Their actions allegedly caused a tentative loss of more than Rs 100 crore to the bank exchequer, it said.
This is the second search in this connection. The four were also members of the Estate Committee of the bank, they said.
The case was earlier probed by the Anti-corruption Branch of the Jammu and Kashmir Police, which had registered an FIR following a preliminary inquiry.(Daily Excelsior)