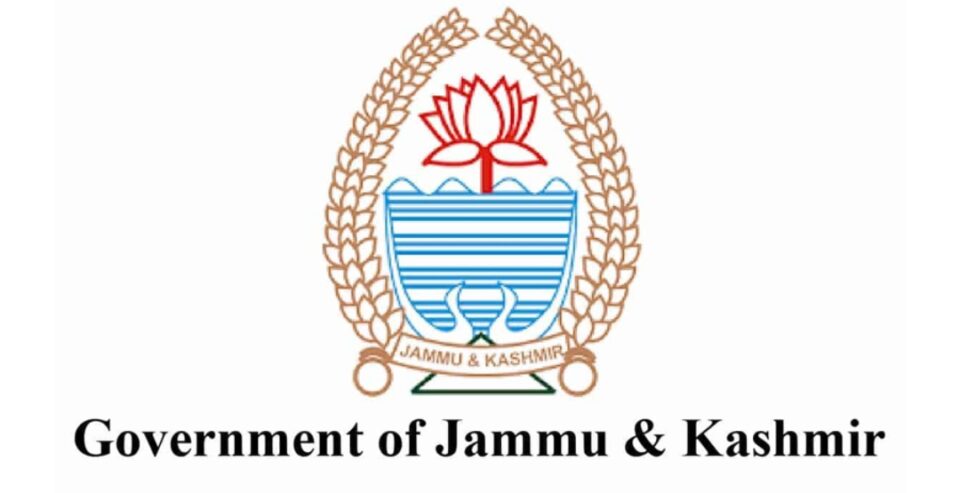 JAMMU, May 10: The Jammu and Kashmir Government today sought details related to pre-mature transfers made since April 2021 from each of the Administrative Secretaries within one week.
An order to this effect was issued by the General Administration Department (GAD).
“It has been observed that premature transfers are being effected without following the provisions of the Transfer Policy and procedure thereof”, the GAD order said.

The Administrative Secretaries, by virtue of the directive, have been as such obligated to provide information to premature transfers with effect from April 2021 till date within a week’s time positively, the order said.

Meanwhile, another order issued by the GAD, asked all officers/officials working in various Government departments, Autonomous bodies and Boards to process/examine all concerning issues thoroughly before submitting them for consideration/approval of authoirities.
It said a comprehensive summary of relevant portions of correspondence in the matter along with deficiencies and a clear-cut proposal for disposal shall be submitted.

“The responsibility for any incorrect decision or delay in decision due to lack of due diligence in submission of notes dereliction on part of any officer/officials shall lie with the concerned officer/official,” the order said.
It said every issue should be thoroughly examined in light of relevant rules, guidelines, instruction and precedence in the matter.

The GAD said it has been observed that a number of files are being processed/examined in a casual manner thereby delaying timely disposal of issues and sometimes leading to inappropriate/incorrect disposal and decision.

“Such lack of effort and initiative on part of employees working in various Government departments has been viewed seriously by the authorities,” the order cautioned.(Daily Excelsior)