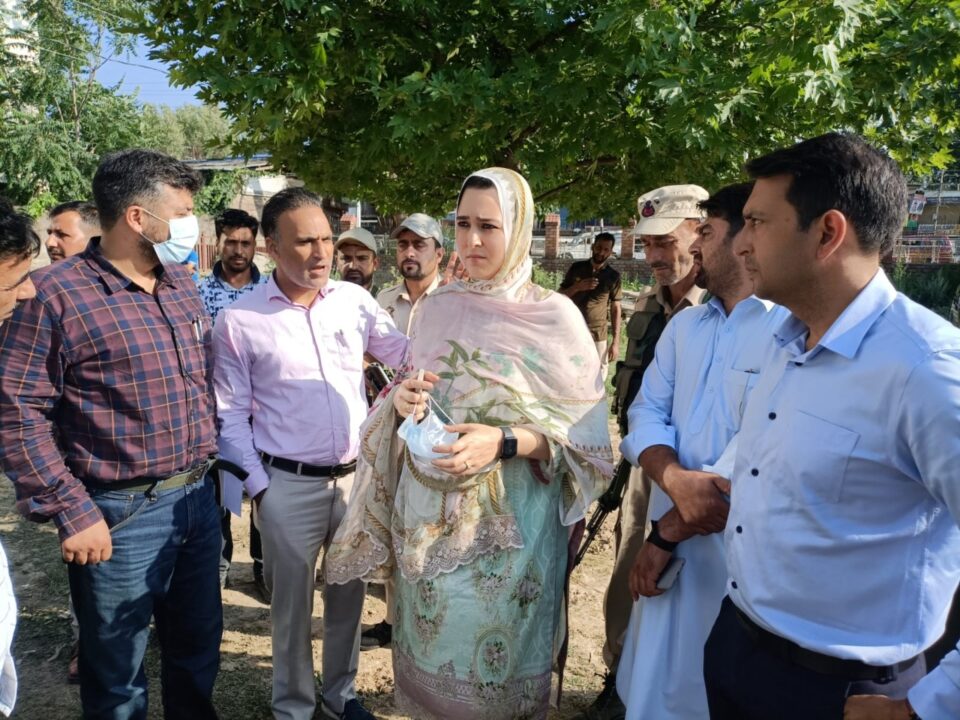 BARAMULLA, JULY 4: To get first hand appraisal of the issues faced by the public, the Deputy Commissioner (DC) Baramulla, Dr. Syed Sehrish Asgar accompanied by Additional Deputy Commissioner, Zahoor Ahmad Raina today took an exhaustive visit of several public parks in the district to inspect progress on various beautification works being executed there.
At the outset, the DC visited Carriapa Park Baramulla where she urged executing agencies to take into consideration that the beautification is maintained while carrying out the construction works in the park. She further sought cooperation from the public in keeping the area neat and clean.
Later, the DC also inspected Gulnar Park where she interacted with the locals and took feedback from them regarding the Park.
On the occasion, DC was appraised by the public regarding various issues faced by them including defunct toilets and cleanliness.
After hearing the issues of locals, Dr Syed Sehrish gave on spot instructions to the concerned officers for the resolution of all the issues besides carrying out immediate repair works to the damaged infrastructure, restoration of the amusement park for children and its up-gradation.
Moreover, DC exhorted upon the concerned to work in tandem and redouble their efforts to make the park more attractive. She also stressed for generating mass awareness among the people especially living along the periphery of the parks regarding the necessity of beautification of the parks so that pristine glory of the park is restored.
Among others, functionaries of Municipality, Floriculture and other concerned were present on the occasion.